Say yes to the YEGnog at Edmonton Int’l Airport

Yesterday Stuck at the Airport cheered London Heathrow Airport’s holiday campaign to hand out thousands of gifts to passengers during December.

Edmonton International Airport (YEG) in Alberta, Canada is doing its part too.

Playing off its airport code – YEG – the airport is running a two-part YEGnog campaign that includes an in-terminal ‘surprise and delight’ experience for passengers.

As you can see from the video below, passengers are being gifted cartons of #YEGnog.

Instead of containing eggnog drinks, the containers are filled with prizes such as gift cards to airport shops & restaurants. Some YEGnog containers have branded YEG merchandise such as socks, selfie lights, and those popular tile trackers.

The #YEGnog campaign also has a Facebook comment-to-win contest that’s running until Christmas. Participants in the social media contest have a chance to win one of nine prizes, including gift cards, prize packs, and free flights.

Airports are rolling out new COVID-fighting amenities faster than we can keep up with them.

Here are few I’ll be talking about this week during the virtual Travel 2021 Summit taking place on October 7 and 8.

We’ll be talking about airports and airlines on Thursday at 10 a.m. east coast time.

The line-up includes lots of experts talking about what’s going in travel now – and what might happen in the near future. Registration is free.

Use your toes in the elevators at Tucson International Airport

At Tucson International Airport (TUS), elevators are now touch-free. Thanks to the addition of toe tap buttons.

It looks like a copy machine. But if you put your gadgets in these machines at Toronto Pearson International Airport (YYZ) they will get zapped by a UV-C light that destroys novel coronavirus cells.

Long Beach Airport wants you back

Long Beach Airport (LGB) has a new video out to remind travelers that they’ve got outdoor concourses and other amenities that are reassuring for travelers. As part of its 2012 expansion project, Canada’s Edmonton International Airport (EIA) has installed some fun, fresh art and a wide variety of new food and retail outlets, including a Belgian Beer Café.

Here’s a selection of photos, courtesy of Edmonton International Airport. Local sports teams are celebrated at the new baggage carousels. Some of the work on view from Alberta Craft Council artists. Hanging out with the Grizzlies – by Jim Flaman of Sherwood Park, Alberta Airports – and now airlines – trash talking each other 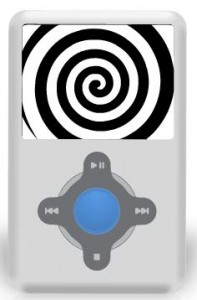