Seahawks make-over for a Boeing 747-8 Freighter 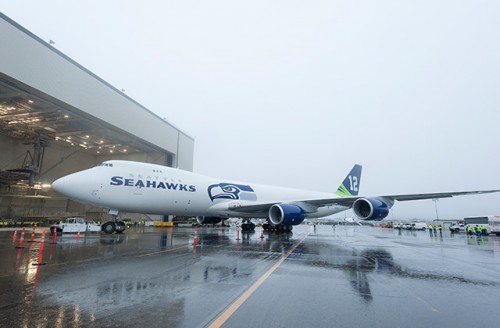 As you might imagine, things are getting a little out of hand – football-wise – here in Seattle as Super Bowl game time gets closer.

One example: today the plane-maker showed off a 747-8 Freighter painted in the livery of the Seattle Seahawks.