Hustling today on a variety of stories about airports and airlines, but wanted to share this fun photo of two KLM stewards having a bit of fun with the t-shirts issued to crew and passengers on KLM’s inaugural Dreamliner flight between San Francisco and Amsterdam.

Souvenir Sunday at the Boeing Store It’s always fun to go to Everett, Wash. for a delivery ceremony for a new airplane and last week there was an especially festive event for EVA Air to celebrate delivery of the airline’s 16th and 17th Boeing 777-300ER aircraft.

These two planes are the first to sport the new Panasonic eX3 in-flight entertainment system and feature a variety of seat, service and amenity upgrades.

Going to a delivery ceremony in Everett also offers the opportunity to shop at the Boeing Store and stock up on airplane-shaped paperclips and tins of 787 & 777 mints. Want some of these?

You can, of course, go the Boeing Store and get some there, or you can send me a photo and some descriptive information about a fun, inexpensive and locally-themed souvenir you’ve found at an airport or aviation center.

If your souvenir is featured on Souvenir Sunday, I’ll send you a ‘reward’ from my stash of recently scored souvenirs from the Boeing Store.

Worried about the 787 and the one-butt ashtray

Boeing, the FAA, the National Transportation Safety Board (NTSB), airlines and all manner of interested parties are worried about the fate of the 787 Dreamliner.

And I am too.  For all the reasons everyone else wants all the problems to be resolved but also because I’m worried about the fate of the one-butt ashtray. While smoking is prohibited on airplanes, there are still some knuckleheads who will go into an airplane bathroom and light up. And in an effort to keep these smoking scofflaws from disposing of a lit or still smoldering cigarette in a trash bin filled with paper towels, there are regulations in place requiring that there be ashtrays in airplane lavatories and other spots.

On most airplanes, you’ll spot the square metal ashtrays many of us are familiar with from the old days when there were ashtrays in every airplane armrest.

But for the 787 some smart designer has come up with a charming and elegant little ashtray that works just like a flip out coat hook and will hold no more than a single cigarette butt. 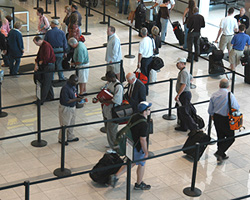 Sixteen airports are currently part of the program, which was set up under the Aviation Transportation Security Act (ATSA) of 2001 and requires private contract companies approved by the TSA to adhere to the agency’s standards.

Some airport administrators believe private screeners do a better job than their federal counterparts but, as you might imagine, the union that represents federal TSA employees – the American Federation of Government Employees (AFGE) – isn’t too happy with the prospect of some of its members possibly losing their jobs.

In California, the union has been lobbying against the move to have Sacramento International Airport join the Screening Partnership Program and on Tuesday the Sacramento County’s board of supervisors voted to back out of the program. 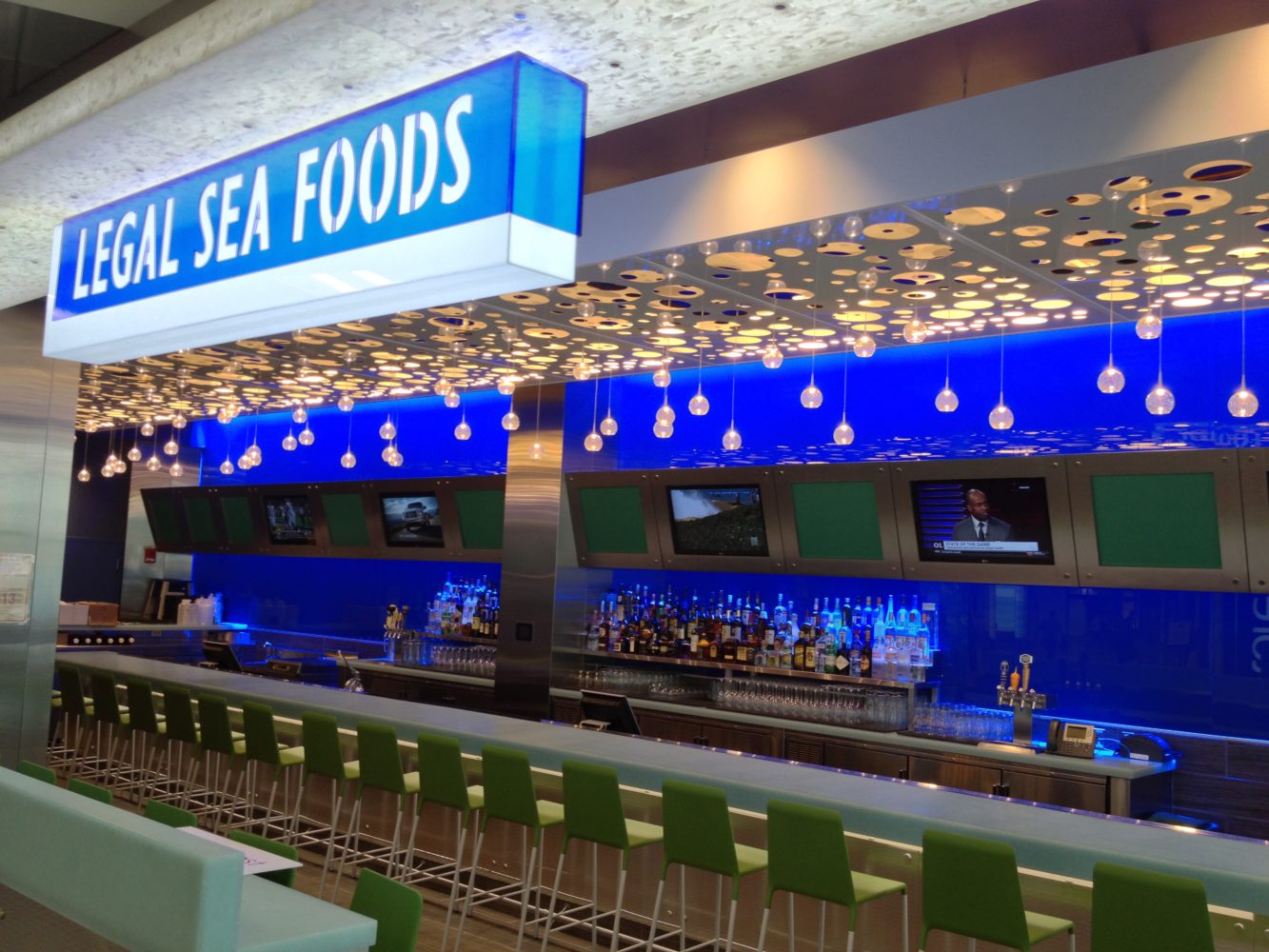 Meanwhile, at Boston’s Logan International Airport (BOS), which has been the site of some 787 Dreamliner problems, there’s some news on the fish front:

On Wednesday, January 9, Legal Sea Foods, which has been a welcome dining amenity at the airport for almost twenty years, is moving the first of its four airport restaurants from its pre-security location in Terminal C to a new, snazzy post-security spot that will serve breakfast, lunch and dinner.

The new restaurant has a fish sculpture at the entryway, a digital board displaying flight information, a 54-person dining room and a 27-seat bar with stools designed to store carry-on bags underneath.