A wing and an organized prayer: OK at some airports, but no longer in Orlando

My story this week for CNBC is about airport chapels. Here’s a very slightly different version of that piece.

They’re not as ubiquitous as cocktail bars and souvenir shops, but chapels and inter-faith prayer spaces, many with full or part-time chaplains and regularly-scheduled services, are among the amenities offered by more than three dozen airports around the country.

Some prayer rooms occupy what has, over time, become prime real estate in pre or post-security areas of airport terminals. Others are tucked away and may be hard to find on mezzanines, down back corridors or in bag claim areas.

But a recent rise in violence at churches, mosques and synagogues prompted Orlando International Airport to rethink holding religious services at its interfaith chapel and reflection space, prompting some concern about whether other airports will make similar changes.

In 1951, Boston Logan International Airport (BOS) was the first U.S. airport to set aside dedicated space for prayer. “It was explicitly meant for people working at the airport. A neon light pointed to the chapel,” notes Wendy Cadge, an expert in contemporary American religion, in “A Brief History of Airport Chapels.”

Today Logan’s appropriately named Our Lady of the Airways is located in the airport’s public area. It seats 250, is open around-the-clock and offers mass daily for passengers, airport and airline employees and the general public.

At Orlando International Airport (MCO), an interfaith chapel with a Tree of Life stained glass window dates to the airport’s 1981 opening. A second reflection space for prayer, with accommodations for Muslim travelers, was added in 2015, as part of a customer service enhancement project.

Both spaces are located post-security and for many years Catholic mass has been offered in MCO’s chapel each Sunday morning and during holidays. But, citing increased passenger volume, space allocation and safety, the airport board recently revised it policies.

Now, while ticketed passengers and employees are welcome to visit the prayer spaces anytime, organized religious services of any kind are not permitted.

“Every airport authority has to make the decisions that they think are the best for their environment and location,” said Susan Schneider of the Interfaith Airport Chapels of Chicago, which offers religious services and passenger support services at both O’Hare and Midway Airports. “If Orlando feels this is something they must do at this time, you have to trust the decision. You just hope it’s the right decision.”

Reverend Rodrick Burton, a pastor is St. Louis, is certain the authorities at Orlando International Airport have made the wrong decision.

“I believe Orlando’s actions are stunning in their shortsightedness and in an effort to be politically correct or to misinterpret the constitutional right of freedom of religion,” said Burton, who serves as president of the St. Louis Airport Interfaith Chaplaincy, an organization that has offered “prayer, religious services, spiritual guidance, empathetic listening” and other assistance at St. Louis Lambert International Airport (STL) for more than 33 years.

“There’s nothing sacred about those spaces if Chaplain’s don’t attend to them. Those chapels will become quiet rooms,” he added.

Status of other airport chapels

I polled about two dozen other airports around the country on the status of their interfaith spaces and organized religious services.

Airports in Phoenix, Pittsburgh, San Diego, Philadelphia, San Diego, Seattle and many other cities have chapels, quiet rooms, meditation spaces and/or reflection rooms that welcome travelers at all hours, but do not offer religious services. “No regular services are held here. It is strictly self-service,” said Greg Willis, Marketing Program Manager at Florida’s Jacksonville International Airport, “We provide a book where customers can write down their thoughts and prayers.”

In addition to the scheduled religious services offered at Boston Logan and St. Louis Lambert International Airport, airport chapels in Atlanta, Cleveland, San Francisco, Denver, Dallas, New York (JFK) and a handful of other airports offer organized religious services. All airports that responded to my query say they currently have no plans to follow Orlando’s lead in banning these services.

A solution that works

Meanwhile, back in Orlando, after some scrambling and, no doubt some prayers, there’s now an alternative arrangement for those seeking to attend Sunday mass at the airport.

Instead of being offered in the post-security airport chapel, starting this Sunday, mass will be held in the Hyatt Regency Orlando International Airport hotel, which is attached to the main terminal of the airport.

The solution is being hailed as a godsend for the both travelers and the airport.

“Security and Safety will always be a top priority at Orlando International,” said Tom Draper, Senior Director of Airport Operations for the Greater Orlando Aviation Authority, “By moving these activities to a larger and more private location, we are minimizing activity in secure areas while enhancing the guest experience for those traveling through the airport.”

For years, the 1934 Model D-127 Monocoupe once owned by aviator Charles Lindbergh has been on display at St. Louis Lambert International Airport (STL), over the Concourse C security checkpoint in Terminal 1.

But the airplane, which has been on loan to the airport from the Missouri Historical Society since 1979, is coming down for good on Tuesday June 12 and put away for what is described as a “much neeed rest.”

“The 1934 Lindbergh Monocoupe is an exceedingly rare aircraft in that it still retains its original fabric covering,” said Katherine Van Allen, managing director of museum services for the Missouri Historical Society, in a statement, “In order to ensure that this unique piece of history is preserved for future generations, the Missouri Historical Society is removing the plane to a humidity and climate-controlled storage facility in accordance with present-day best practices in collections care.”

According to the Missouri History Museum, which received the plane in 1940, Lindbergh flew this airplane regularly, but didn’t really love it.

And even though he’d had it personalized extensively, he wrote that “It is one of the most difficult planes to handle I have ever flown. The take-off is slow…and the landing tricky…[it] is almost everything an airplane ought not to be.”

Still, it is an aviation treasure. And one that could have been lost to history back in April 2011 when a tornado hit the airport, doing millions of dollars of damage. By luck, Lindergh’s monocoupe had been moved to a storage facility just a few weeks before, in preparation for scheduled terminal renovations.

Here’s a video of the plane being rehung in the airport in 2013:

When you visit STL,  you’ll still see an airplane suspended from the ceiling over a Terminal 2 checkpoint. That plane is also owned by the Missouri Historical Society, but it’s a 1933 Red Monocoupe 110 Special with no link to Lindbergh. 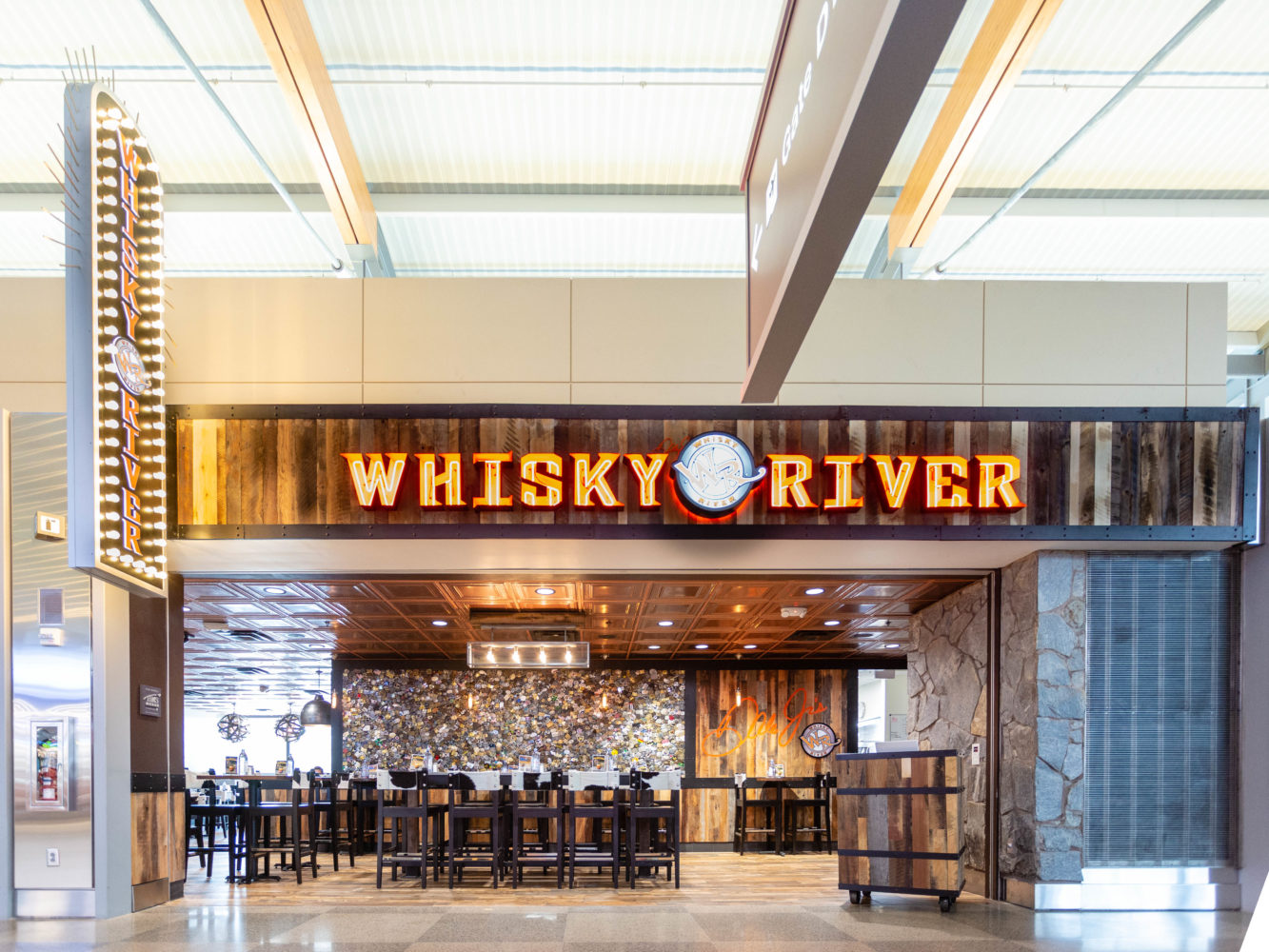 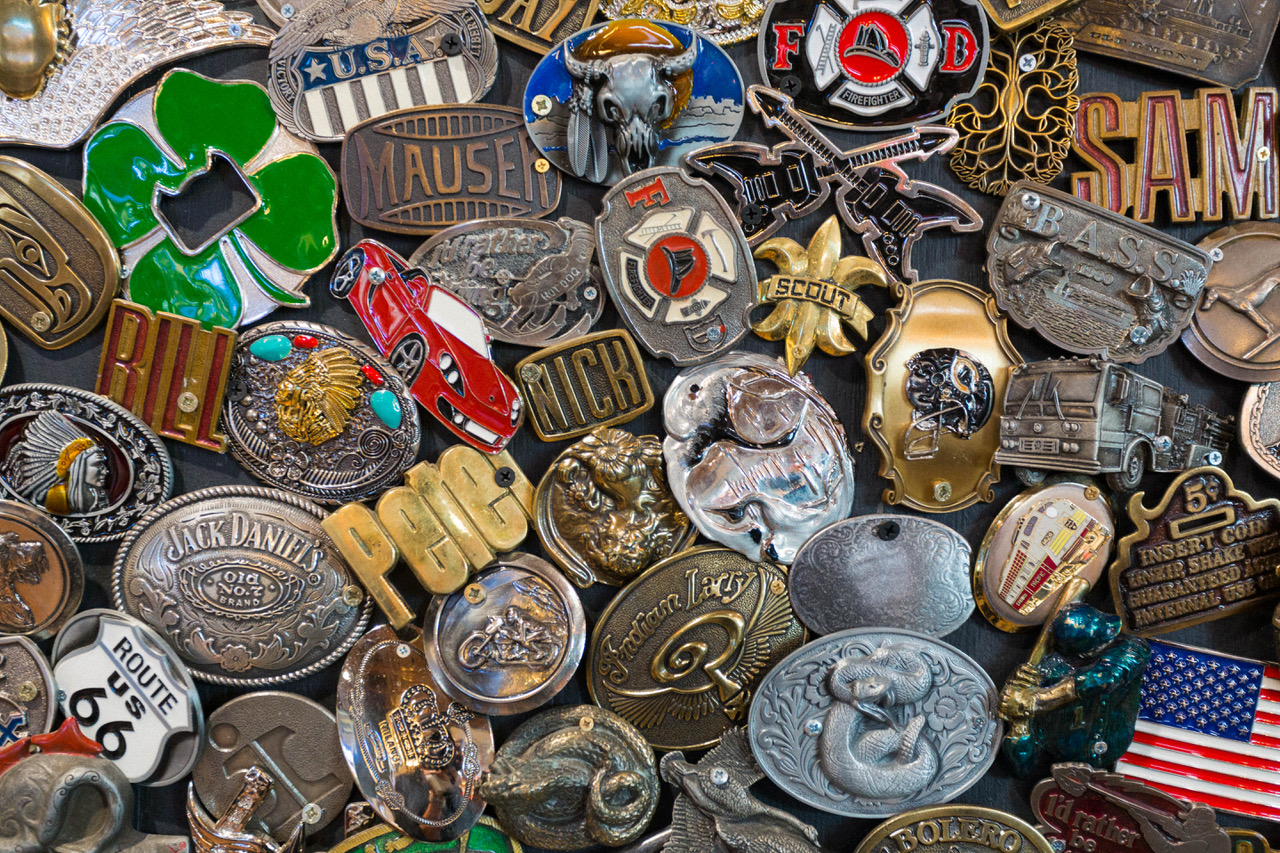 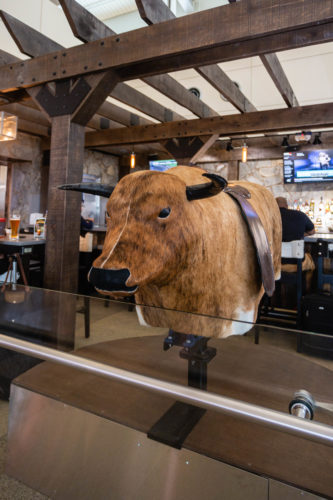 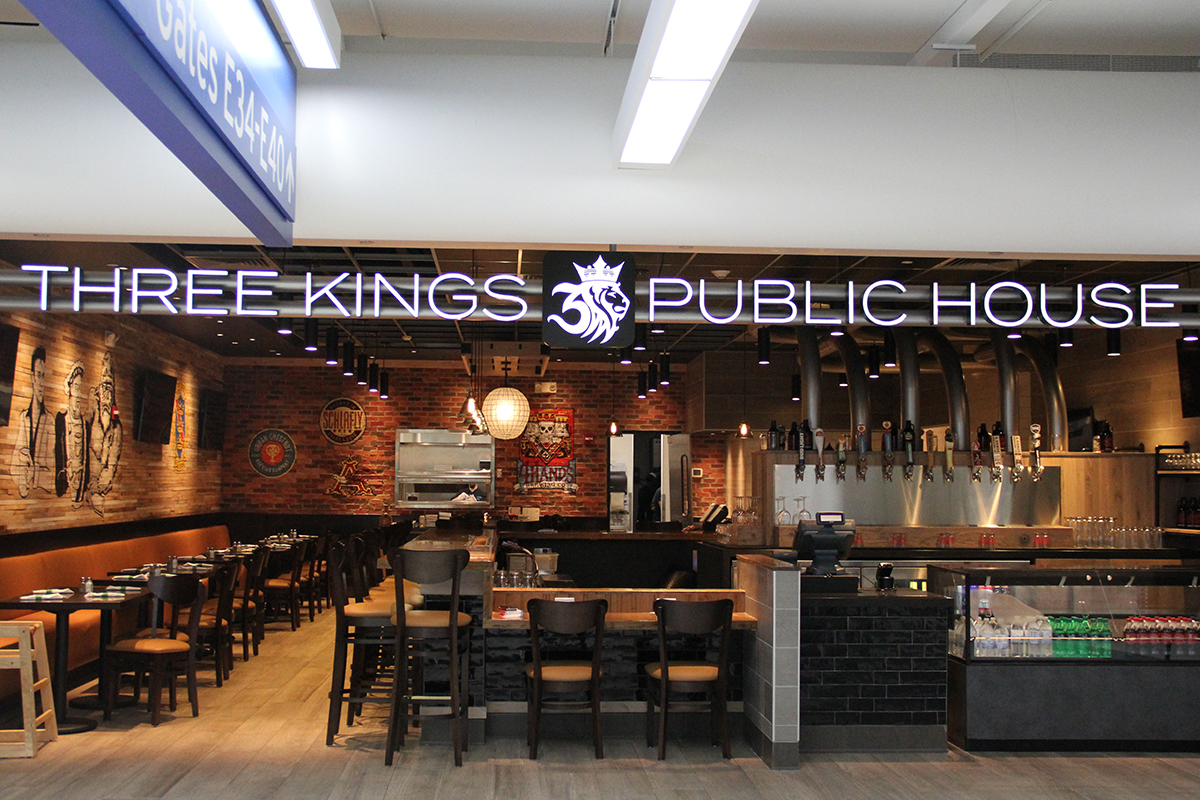 A fresh new piece of art at St. Louis Lambert International Airport explores and celebrates the mysteries of the solar system.

Created by artist Eric Woods, owner and founder of The Firecracker Press, The Solar System Series, is on  display at STL near the Terminal 1 A Gates entrance/exit.

This multi-paneled work is letterpress printed on paper, from hand-carved woodcuts and other recycled materials, including cardboard and vinyl siding. Each panel was printed individually and then pieced together and mounted on wood.

Hidden in the piece are all sorts of “Easter eggs” to look for, including the Starship Enterprise and a lost satellite.

Like the looks of this artwork? On the Firecracker Press website I see that they sell Solar System Prints (Gemini is my favorite), posters, journals, cards and more.

Thanks for visiting  StuckatTheAirport.com. Subscribe to get a daily travel tidbit.