As far as we know, there are just two in-airport distilleries in the world.

The first one opened in 2016 at London’s Gatwick Airport and is located pre-security/landside in the airport’s North Terminal.

We’re planning a July visit and will report back on what we find – and drink.

But in the meantime, here’s what we know.

The Nicholas Culpeper Pub & Dining is named for a 17th-century botanist, herbalist, and physician who lived nearby. The pub’s onsite still produces a London Dry Gin using a recipe initially created by master distiller Matt Servini and his team at the Craft Distilling Business (CDB), which also designed and built a special still for the airport site.

Victoria Distillers, which has its headquarters in Sydney, British Columbia, opened a small distillery at Victoria International Airport (YYJ) during the pandemic.

The company makes a variety of highly regarded hand-made spirits but is best known for an indigo-colored gin inspired by the legendary Fairmont Empress Hotel in Victoria, British Columbia. The grand hotel opened in 1908 and serves a signature blend of black tea during its popular afternoon high tea service.

That tea is one of the ingredients in Victoria Distillers’ Empress 1908 Gin, which also contains traditional botanicals as well as butterfly pea blossom, the trendy exotic herb that gives the gin its purple hue.

As a nice touch, the gin’s color ‘magically’ changes to bright lavender, soft pink, or fuchsia depending on what mixer is added.

At Victoria International Airport, Victoria Distillers has a still and a shop in the recently expanded departures lounge. Passengers may sip complimentary tastes and watch their bottles be blended, bottled, and labeled onsite.

Those that want to further explore the gin in a full cocktail can order from the menu at the Spinnakers Lounge across from the airport distillery.

We keep an eye on airport trends and creative airport amenities.

We love that Frankfurt Airport has bottle refund machines security checkpoints where passengers may turn in an empty and donate the bottle deposit to charities. As noted in FRA’s tweet, the airports has gathered 370,000 euros (about $428,000) for charities since 2013.

Below FRA’s tweet is an alert from London’s Heathrow Airport announcing a new £5 Terminal Drop-Off fee (about $6.70) for cars entering the airport drop-off zones starting November 1, 2021. Scofflaws will get an £80 (about $107) parking fine, which would result in a £40 fee ($53) if paid within 14 days. London’s Gatwick Airport already imposes this fee. (These drop-off fees don’t go to charities).

“Our car parks remain open, where normal parking charges apply. The drop-off charge does not affect passenger pick-ups, which will continue to take place via the car parks. You cannot pick up passengers from the drop-off zones.” 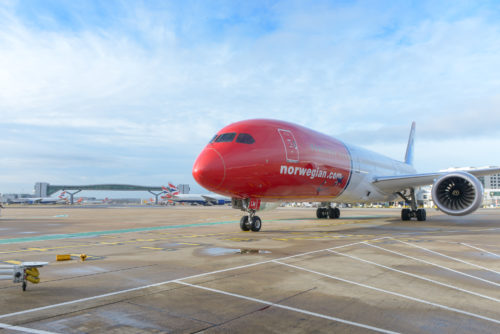 Good news for flyers who want to get to London from Seattle or Denver – on the cheap.

Norwegian Air – which has been rapidly expanding its long-haul, low-budget route network – just announced it will be launching new flights from both Denver International Airport and Seattle-Tacoma International Airport to London’s Gatwick Airport in September, flying a 787 aircraft on the new routes.

Service from Denver to London launches September 16, with twice-weekly flights on Tuesdays and Saturdays, then increases to three times per week, adding Thursdays, beginning November 2.

Service from Seattle to London will launch on September 17, with four flights per week on Mondays, Wednesday, Fridays and Sundays.

Another option for getting to London from Seattle launched last week, with the start of a daily Virgin Atlantic flight between London’s Heathrow Airport and Seattle.

With Seattle and Denver, Norwegian will be offering nine nonstop routes from the United States to London, “more than any American airline,” Norwegian Air notes, and 48 transatlantic flights from 13 U.S. cities (both seasonal and year-round).

Here’s their current map of U.S. destinations and routes.  More are likely to be added. 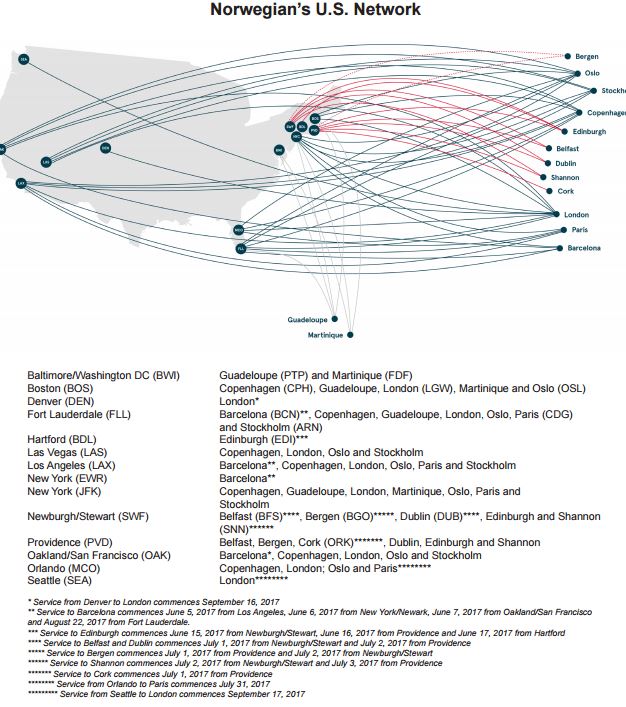 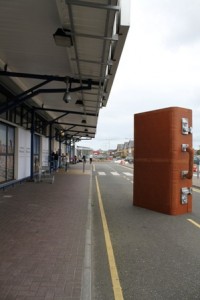 London’s Gatwick Airport is promising to help unload and move luggage and deliver checked baggage to homes for free in hopes of avoiding a re-run of last weekend, when a shortage of handlers reportedly left some passengers waiting four hours to be re-united with their bags during one of Britain’s busiest air travel periods.

In a statement, Gatwick said Swissport failed to meet service standards set by the airport and “[a]lthough bags are being delivered on time for 95% of flights, this is not good enough.”

In its apology statement, Swissport said it hopes to minimize inconvenience that might occur “during any times of future schedule disruption.” 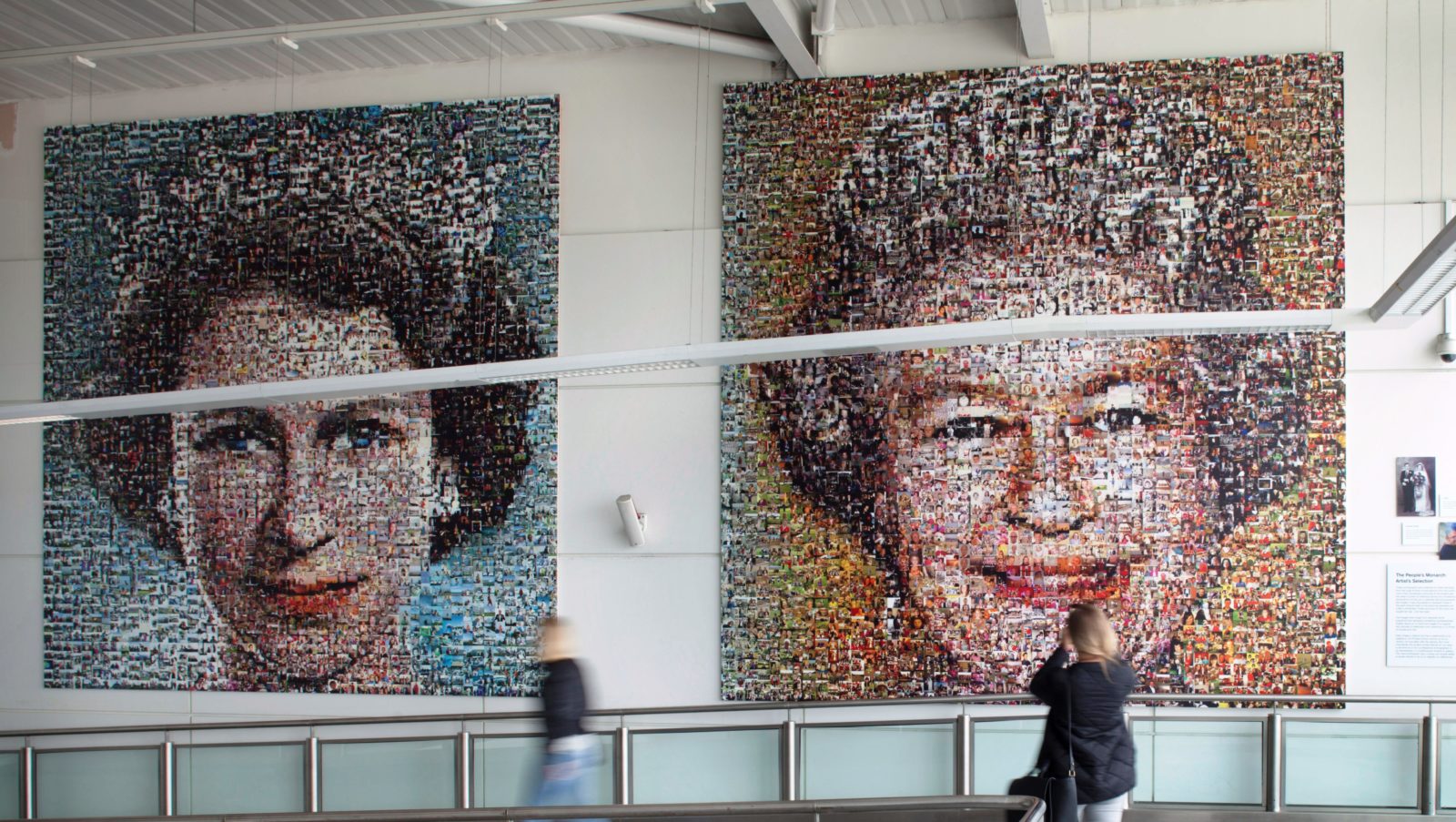