In case you missed these, here are some of the April Fool’s pranks cooked up by airports and airlines this year. If I missed one your favorites, please let me know and I’ll try to add it. Minneapolis-St. Paul International Airpot has some great amenities, so it may not have seemed odd to tell travelers that an aircraft viewing area – with a pool – would soon open:

Here’s how the airport described what was in store.

“The space – located near Terminal 2-Humphrey – will bring aviation enthusiasts even closer to the action, while having access to amenities like rentable floaties, private changing rooms, an old-fashioned concessions stand and a full-service bar. While open to anyone interested in a unique experience, we expect travelers with longer layovers will choose to enjoy some pool time as well, and get a taste of Minnesota summers.”

Admission will be a very reasonable $15 a day. Drinks, treats and floaty rentals are additional. If the pool is successful, the airport plans to install a larger pool near Terminal 1-Lindbergh in 2019.” At Orlando International Airport, this already very real-looking sculpture by artist Duane Hanson seemed to come alive on April 1 and re-located to various spots around the terminal:

After decades of slumber, MCO’s #TheTraveler has broken out of his cage and has been spotted throughout the terminal. pic.twitter.com/rdKZ26nRtZ

Denver International Airport, which has dogs – and one cat – in its Canine Airport Therapy Squad (CATS), shared (fake) news about adding Norbert the turtle to the team:

Not to be outdone, Dallas/Fort Worth International Airport posted a photo of its new airport therapy animal, Aquino the Chameleon,

Somewhere in this photo is our new therapy animal, Aquino the Chameleon. 🦎

His XXS-sized "Pet Me" vest is still in the works, which makes keeping track of him slightly more challenging than his canine counterparts. Can you spot him? pic.twitter.com/xpKcviRKwb

Southwest announced it own version of Alexa:

For those moments when you would love to be anywhere but there. Let SWAlexa help. pic.twitter.com/BLCwXkA1DX

Emirates shared news of a transparent lounge coming to its 777x planes, starting in 2020:

Emirates reveals SkyLounge, the most exclusive Onboard Lounge to be introduced on its Boeing 777X fleet from 2020. A completely transparent lounge with unmatched aerial views and unparalleled luxury, Emirates SkyLounge promises window views like no other. pic.twitter.com/pwtoocM9mN

#DeliveringMore with Roasted Duck & Barbecue Pork to satisfy your cravings for #HK food! Come fly & dine with us! #AprilFools pic.twitter.com/tIyJTEZ7RX

We can't believe our friends in Japan are getting away with this!

Karaoke has taken off on @JetstarJapan domestic flights 🎵 🎶 🎤

Introducing a brand new addition to our fleet 💛😂

And Swoop Airlines, the low budget carrier from Canada’s WestJet, let travelers know that it  planned to charge travelers by the minute for time spent in the airplane lavs. Toilet paper?  That will be an extra charge. From Virgin America and Nest comes news of “personalized climate control” for passengers.

And from WestJet, the announcement that they’ll be changing their flight schedule over from a.m. & p.m. times to metric. Just to make things easier. 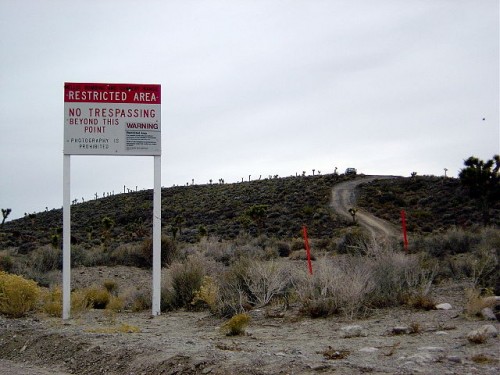 Seattle’s Museum of Flight, which brought us an exhibit of Wonder Woman’s invisible plane just about this time last year, has cooked up another special exhibit set to open on April 1.

Due to the heavily redacted press release, it’s difficult to tell exactly what will be on display, but it appears that some never-before-seen items relating to Area 51 just might be on view. 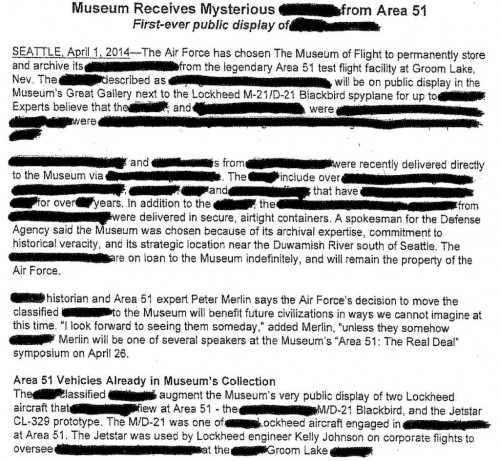