Airlines, airports still a challenge for travelers with disabilities 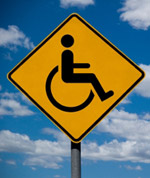