As part of a growing eco-effort, guests staying at Fairmont Hotels across Canada will now be able to take advantage of a cool new amenity:  complimentary use of BMW cruise bikes. The hotels even promise to keep some child-sized bikes in stock.

Of course, they can’t have enough bikes for everyone, so priority will be given to members of the Fairmont President’s Club. (Joining that club is free and in addition to putting you at the front of the bike-line, you’ll also get free high-speed Internet access and some other benefits.) 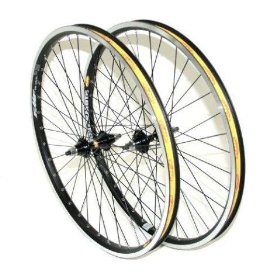 And speaking of Canada, stay tuned for more details about a proposed new passenger bill of rights that Air Canada and other Canadian airlines are putting forth in hopes of avoiding a new round of government regulations.  Submitted to the Canadian Transportation Agency as a set of proposed “airline tariffs” the new rules spell out, for example,  how the airlines will handle delayed luggage and what will be done for passengers whose flights are delayed, cancelled, or overbooked.

Trying again: rights for passengers stuck at the airport

Last week yet another piece of legislation was introduced in an effort to improve airline service and insure relief for passengers left stranded at airports in the United States. HR 6355 – or the Air Service Improvement Act of 2008 – was introduced by House Transportation and Infrastructure Chairman Jim Oberstar and aviation subcommittee Chairman Jerry Costello.

The bill would require airports and air carriers to create and file emergency contingency plans with the Secretary of Transportation.

Airline plans would need to show how each carrier would allow passengers to deplane, share facilities in an emergency, and provide food, water, restroom facilities, cabin ventilation, and access to medical treatment for passengers on planes stuck on the ground for an extended period of time without access to the terminal.

You can read the full bill here.