Police departments at some airports around the country are joining the viral police lip sync challenge that is sweeping the country.

And from the looks of it, everyone is having lots of fun.

If you learn of other airport police lip sync videos, please let me know and I’ll add them to the collection.

K9 Cora heard about the recent lip sync challenge and is putting her paw in the ring… with the help of Sgt. Lopez. Let's see if any other K9 teams will answer the challenge. Where you at, SAPD K9 and BCSO K9? 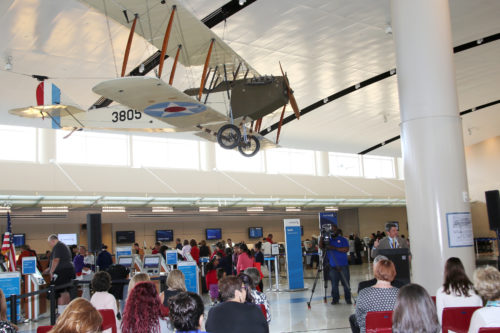 This ‘”Jenny”-  a 1918 Curtiss JN-4D biplane – has just been installed in Terminal B at San Antonio International Airport (SAT).

The historic aircraft, one of only 2,800 made, comes from San Antonio’s Witte Museum.

The “Jenny” was used as a military trainer for pilots in the U.S. Air Service during World War I and as a mail-carrying airplane during the 1920s. The namesake of San Antonio’s Stinson Municipal Airport’s, Katherine Stinson, flew this type of plane for fundraising tours on behalf of the American Red Cross during World War I.

The plane can be seen from anywhere in the terminal – including through the airport’s Suitcase Wheel, created by the Art Guys. 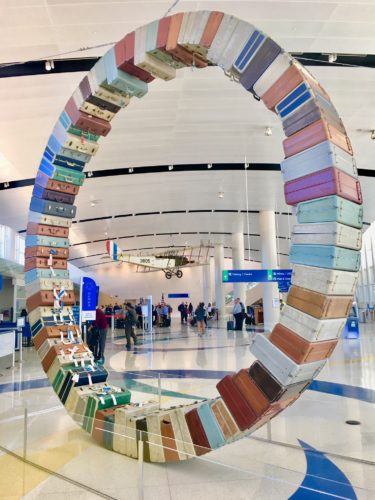 Thanks for visiting StuckatTheAirport.com. Subscribe to receive daily travel tidbits.