The arts and exhibitions program at Philadelphia International Airport (PHL) is celebrating its 20th anniversary this year and, after 425 temporary exhibits and artist demonstrations, one of the first airport arts programs is still going strong.

Over the years, the exhibits have featured a variety of media including painting, photography, printmaking, wood working, ceramics, glass, and found objects such as a 20-foot clock made of hundreds of empty Yuengling beer bottles

The current exhibit in Terminal A-East features a montage of Philadelphia’s 67 Historic Landmarks, recognizing the city’s designation as the nation’s first World Heritage City by the International Organization of World Heritage Cities. Other exhibits in the terminals today include Christine Larsen’s Farewell to Night, a 100-footlong illustration of an imagined landscape where mystical characters celebrate the coming of morning  and Custom Bikes, which showcases hand-made bicycles from 5 different local bike shops. The Exhibitions Program was founded by PHL Director of Image and Chief Curator Leah Douglas, who was kind enough to answer a couple of questions about the program via email:

What have been some of the challenges and successes of the art program during these 20 years?

“Twenty years ago there were few airport art programs to emulate so it takes time to model a program that works best for your airport, city, and region. Now passengers and employees are familiar with rotating art programs in airports and it something that they look forward to seeing.  The program has evolved into one of the area’s prized locations to exhibit because of the quality of our presentations and the quality and variety of the work that we show–in addition to the massive exposure with 82,000 passengers flying through PHL every day.”

What are some the most memorable exhibitions for you to put together?

“It’s always the next exhibition that I am looking forward to most and in particular, it is one that I am curating for this anniversary–It’s A Wrap: 20 for 20. This exhibition has to be the first-ever for an airport:  Twenty artists are invited to create interventions on existing architectural elements and furnishings. Several artists will crochet over top columns and rockers; 6 artists have been given ceiling tiles to paint on; 1 artist will apply colored tape in patterns along the glass of the moving walkway; and another artist will paint directly on 2 cement columns.”

Attendees at the Democratic National Convention in Philadelphia later this month will be welcomed at Philadelphia International Airport with a soundtrack featuring Philadelphia-made hits and an exhibition of political pins.

The soundtrack, playing now, features the “Sound of Philadelphia,” a series of songs from Philadelphia’s Grammy award-winning producers and songwriters Kenny Gamble and Leon Huff that became hits for artists such as Harold Melvin and the Blue Notes, Teddy Pendergrass, the O’Jays Patti LaBelle, the Stylistics and many others.

Gamble and Huff’s well-known songs being heard on the audio system throughout the terminals include I Love Music by the O’Jays, The Love I Lost and If You Don’t Know Me By Now by Harold Melvin and the Blue Notes, Me and Mrs. Jones by Billy Paul, Ain’t No Stoppin’ Us Now by McFadden and Whitehead, Rubberband Man by the Spinners, and Don’t Leave Me This Way by Thelma Houston.

The exhibition of political pins – post-security in Terminal B – is from the collection of Philadelphian Alfio J. Brindisi, who has been collecting American political memorabilia for nearly 50 years. If you can’t actually be where the weather is warm, you can at least strike a warm weather pose in the summer-like lounging spots set up at Philadelphia International Airport.

PHL has set up Adirondack chairs, beach umbrellas and artificial turf at four spots inside the airport: Terminal A-West (by Gate A13), Terminal A-East (by Gate A-1), Terminal D (near Gate D-4) and Terminal E (by Gate E-1).

The lounging areas come courtesy of the New Jersey-based indoor/outdoor park, Sahara Sam’s Oasis and are part of PHL’s winter program called – are you ready: Oh, Say it Ain’t Snow!! Weather the Winter Blues at PHL.

The program includes free popcorn for passengers on Thursday and Friday from 2 p.m. to 4 p.m. at the A-East “oasis” and music, demonstrations and giveaways at all the indoor summer spots at various times. Follow @PHLAirport for updates. Traveling on Valentine’s Day? No need to miss out on the fun.

On Friday the airport has a floral arranging demonstration scheduled from 2-4pm and during the demonstration carnations will be available for passengers who stop by.

From 4-6pm there will be a valentine-themed origami paper folding demonstration. 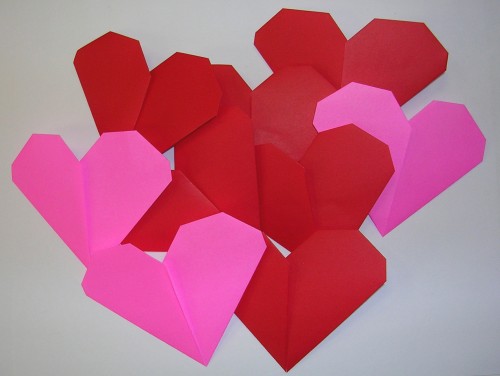 For those who don’t want to fold their own valentine, pre-folded red or pink valentines will be given out during the demonstration.

More airport Valentine’s Day happenings are on their way.

Sometimes you land at an airport and it can be hard to tell what city you’re in.

But thanks to celebrity photographer Scott Weiner, that won’t happen for a while at Philadelphia International Airport.

Weiner’s collection of 90 celebrities holding up signs reading “I’m in Philly” are on exhibit through April 2014 in the connector between Terminals E and F.