Airports are a competitive lot.

And London’s Heathrow Airport is on a mission to become the world’s most Instagrammable airport.

In an effort to grab the title, Heathrow has commissioned the street artists behind four of the most Instagram-famous murals in the world to recreate their work in its terminals.

The campaign brings together new renditions of Colette Miller’s iconic angel wings in Los Angeles (above), Rogue One’s ‘Floating Taxi’ in Glasglow, Alice Pasquini’s ‘Above the Lines’ in Rome, and Odeith’s ‘Anamorphic Frog’ in Lisbon.

The installations are in Terminals 2,3,4, and 5 until this summer. And the airport is hoping that travelers will snap photos of themselves and friends with the images and post them on Instagram to help Heathrow move up from 2nd-most Instagrammed Airport in the World, past South Korea’s Incheon International Airport to #1.

It just may work.

Each artwork measures between 10 and 16 feet, so will be easy to spot. And each is very selfie-friendly.

The pieces are also strategically placed in terminals that have flights to their original street art location, which means that many passengers may also go and see the original and get their photos taken in both places.

Heading that way? Send us your Instagram photo with one of these images at Heathrow.

Curious about which airports are on the “Most Instagrammed” list?

The street art will be at Heathrow terminals 2,3,4 and 5 in the departure lounges, after security, until the summer. See what people post by following #Heathrow on Instagram.

Stuck at The Airport is continuing coverage of Santa sightings at airports.

We are also sharing updates on what airports are doing this year to make things merry.

So today we bring you this update from London’s Heathrow Airport.

To help parents with kids asking lots of questions about how Santa does what he does, Heathrow has installed “magical” periscopes in Terminals 2 and 5.

The periscopes allow children (and adults) to check in on what Santa is up to as he and his team get ready for the big night.

Heathrow says the periscopes offer a 360-degree view of elves in action at Santa’s the satellite workshop, which is conveniently located right under Heathrow (!).

Scenes include Santa’s Toy Factory, the Department of Wrapping and the Mail Room.

Heathrow Airport is going all out this holiday season to make travelers feel welcome.

The day before Thanksgiving, passengers from a handful of flights arriving at Heathrow from various U.S. cities got a surprise at the baggage claim.

Before checked bags showed up, baskets of fresh-baked pumpkin pie came down the line.

Spot Santa at the airport? Send us a photo.

For a trip to London this week, I had the great treat of getting an upgrade (both ways, thank-you!) to Virgin Atlantic’s swank Upper Class cabin.

That’s not what I want to crow about today.

Instead, I want to mention two great dining amenities I spotted at Heathrow Airport.

At Spuntino, an airport outpost of a popular London restaurant known for its Italian/American comfort food, prohibition era-inspired cocktails and its great blues soundtrack, there was sign outfront that let customers know how long it might take to get served once they sat down and ordered.

That’s exactly what most travelers want to know when deciding between sitting down in a restaurant, grabbing something from a shop or just winging it with what’s offered on the airplane.

I hope this is adopted by more airport restaurants.

Another great amenity, offered at Spuntino and many other Heathrow airports during holidays and school vacation weeks (and year-round at a few restaurants), is a Kids Eat Free Menu that includes one free kids entree for each adult entree offered.

Heathrow Airport’s heartwarming story of the bears named, appropriately enough, the Bairs, are back for another season.

We first met the Bairs in 2016. They were so popular that they were featured again last year, in astory that showed how Doris and Edward Bair meet and fall in love on a flight out of Heathrow Airport in 1967.

This year’s installment shows the next chapter in the Bair’s lives.

They are now retired in the United States; in Florida. But as the holiday season rolls around, the couple realizes that Christmas just isn’t the same without their loved ones in the UK.

So, they head home to London, arriving in the exact spot where their love story began 50 years ago – at Heathrow Airport. 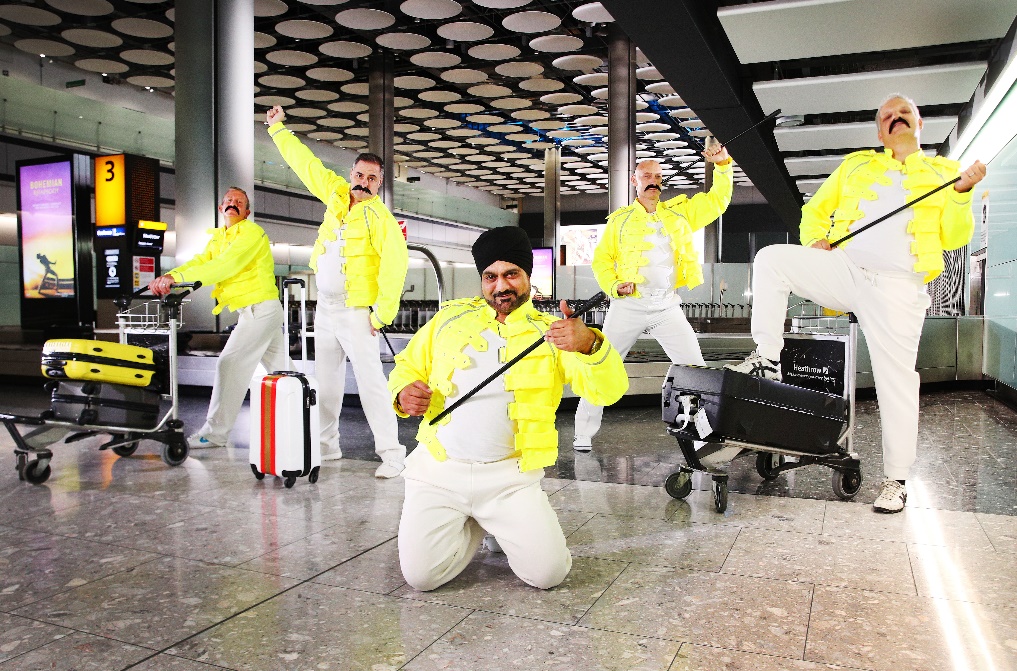 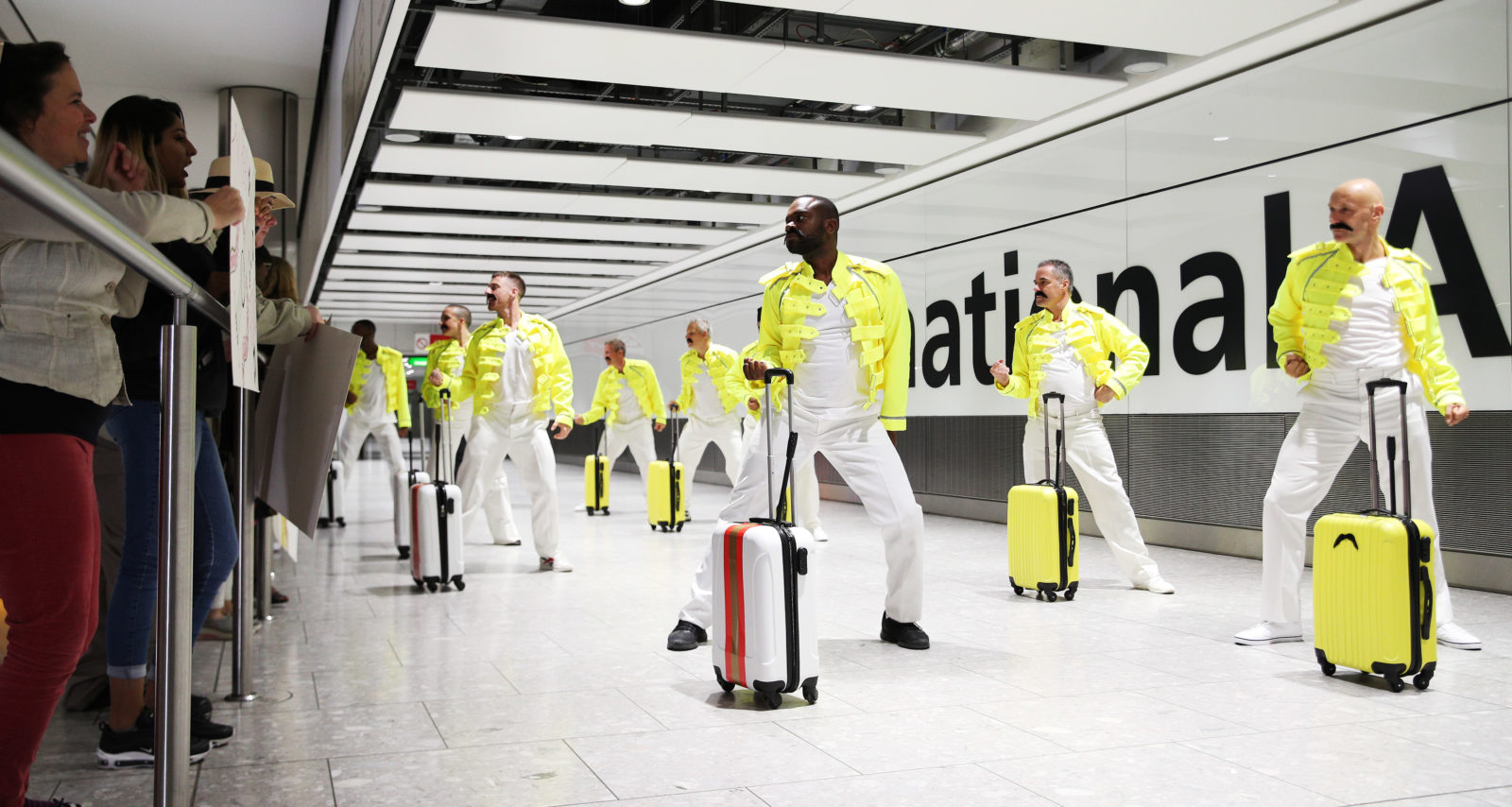