Seats for seatmates of size A seat-and-a-half could be the answer for travelers ‘of size’ and those travelings with babies. Courtesy SII Deutschland

The SANTO airline seat – it stands for ‘Special Accommodation Needs for Toddlers and Oversized Passengers’- has been getting quite a bit of attention.

The seat, by SII Deutschland, won an award at the recent Aircraft Interiors Expo in Hamburg and is designed to be placed in the back of the airline cabin, where there is often unused space.

Basically, it’s a a seat-and-a-half that, according to the company, “not only offers enough seating space for two grown-ups and a child seat, but also, provides enough width for those who, due to their size, have to accept that traveling in a standard economy seat is not an option.”

Even with an added fee, this seems like a good idea for families traveling with babies and would create an option for ‘seatmates of size,’ who now can either choose (or sometimes be forced) to purchase two seats or take their chances trying to fit into the ever-narrower seats provided.

This week United Airlines joined Southwest and several other airlines in formalizing and posting a  “seatmates of size” policy on its website. (From a 2007  Well-Mannered Traveler column on this topic, courtesy MSNBC.com)

Although the policy was quietly posted on the airline’s Web site some time ago, it went into effect just this past Wednesday, April 15th.

The policy will please passengers who find themselves squeezed in next to someone who doesn’t really fit in their own seat and will disappoint travelers who feel that, rather than charging large passengers for more space, airlines should just be putting larger seats on all airplanes.

You can read the current policy here but, in a nutshell, the policy states that if you don’t fit into your seat with the armrests down, if you need more than one seat belt extender to buckle your seat belt, or if you simply do not fit into a single seat in your ticketed cabin, then you may end up having to purchase a second seat and fly on a later flight.

The key word here is may.  Which is not what the policy first stated.

Last Wednesday, the policy United posted on its Website stated that passengers falling into certain categories MUST by an extra seat.  By the end of the day, however, the wording had been changed to better reflect the policy an airline spokesperson  said was the “real” policy: that before charging anyone for a second seat, United flight crews would try to find two adjacent seats for the large passenger at no extra charge

I think that’s a big  difference.  And I’m glad they changed the wording. Read about how the wording got changed in my Well-Mannered Traveler column, The Skinny on United’s seatmates of size”, on MSNBC.com.

And tell me what you think….

Airlines AND airports want more of your money

Airlines have been piling on fees for everything from in-flight meals and pillows to checked baggage service and a tiny bit of extra legroom. And just yesterday, in a story I reported on for MSNBC.com, United Airlines announced new charges for ‘seatmates of size.’ 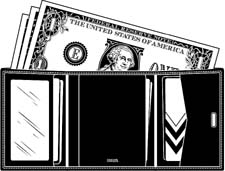 After toying with putting pay-boxes on airplane lavatories, travelers gave Ryanair 12,000 other ideas for “discretionary revenue charges.”  Voting ends tomorrow (Friday, April 17) for a winner from the top five. Choices include:  fees for toilet paper, a “corkage” fee for bringing your own food onboard, a subscription fee for the airline’s Web site, an access fee for an on-board smoking room and a surcharge for overweight passengers.

Now airports are starting to explore charging extra fees. The UK’s Luton airport recently began charging drivers a passenger drop-off fee. And in my Well-Mannered Traveler column on MSNBC.com – Will Airports Fleece the Fliers? – I consider a few more: how about a gate limo, a bathroom attendant, or a security checkpoint concierge?

Ryanair asks: would you pay for toilet paper?

After alarming travelers with the ‘joke’ about on-board pay-toilets (don’t be surprised…), Ryanair officials asked travelers to send in their own ideas for other discretionary fees that could be charged.

As of today (April 14th) close to 45,000 votes have been cast.  And sadly, so far more than 20,000 people have voted in favor of charging excess fees for overweight passengers.

Other survey choices include charges for bringing your own food onboard, for using airplane toilet paper, and for smoking in a converted lavatory.  Click here to take the Ryanair survey.  The winning idea gets a cash prize. Voting closes Friday, April 17th.