A hat tip to “Three Shots McGee” for sharing a story about what happens in Australia when someone is found with a loaded gun in their carry-on. As he says, having a passenger show up at an airport checkpoint with a loaded gun is an “Aussie airport event that almost never happens.”

“The man claimed he had forgotten the weapon was in his luggage but this situation could have had deadly consequences for other travelers, even if it had discharged accidentally during the flight,” said Det. A/Supt. Sykes.

One of the most common excuses people give TSA officers is “Oops, I forgot that was in there.”

In the U.S., some people face fines and criminal charges when found with guns in their carry-ons. But in many cities and in many states, due to local laws all TSA can do is tell people to put the gun back in their car, put it in their checked bag, or give it to someone (ideally, someone they know…) to take home.

We’re still missing the corny communications TSA’s Blogger Bob Burns once shared with the public, but Lisa Farbstein and the team on duty now are doing a great job of keeping the public informed with light but serious messages about what can and cannot go through airport security checkpoints.

The tweets about the guns and other weapons people try to take through airport security checkpoints always alarm us, but this Tweet and the story of a TSA officer finding and returning a lost diamond is very heartwarming.

TSA: 2018 was record-breaking year for guns found at airports

TSA’s Year in Review came out today with the (still somewhat unofficial) final stats on the number of guns TSA officers found in carry-on bags at airport checkpoints last year.

The total for 2018 is a record-setting 4,239 firearms found in carry-on bags at 249 of the more than 400 TSA-controlled airport checkpoints around the country.

The break-down gets more alarming when we look at the stats on the number of guns found to be loaded.

Why do so many passengers show up at airports with guns?

“I think the biggest reason is that people go buy these things and then completely forget they have them, which is dangerous in its own right,” said aviation security expert Jeff Price, the owner of Leading Edge Strategies, “I imagine when they get the gun, at first they are always aware of it because they feel safer. Then, after a period of time, it works its way to the bottom of the bag and next thing that happens is its discovered at a screening checkpoint.”

Price also suspects that because more people are carrying guns these days and carry those guns in purses and laptops, they are aware they have the guns, “But in the hustle and confusion of preparing for a trip, they forget to take the gun out. “

TSA’s Year in Review also lists the top 10 airports for firearm discoveries in 2018.

ATL also set the record for the airport with the most firearms discovered in one month: In August 2018, 32 firearms were found at ATL checkpoints.

Here’s the rest of TSA’s Top 10 list of airports for firearms discoveries in 2018:

In a year when TSA also screened a record number of travelers (813.8 million; a 5.5 percent increase over 2017), the agency’s officers also found a wide variety of prohibited items and ‘artfully concealed’ objects other than firearms in carry-on bags, including inert grenades, a bottle of lighter fluid, fireworks and knife combs.

TSA’s week in review also notes the loss in 2018 of Curtis “Blogger Bob” Burns, the charmingly corny TSA employee who chronicled the agency’s odd finds on the TSA blog, on Twitter and on Instagram. Burns is featured in quirky videos highlighting TSA Top 10 Most Unusual Finds in 2016 and in 2017.

TSA’s Year in Review promises that a video highlighting 2018’s most unusual finds will be released soon. 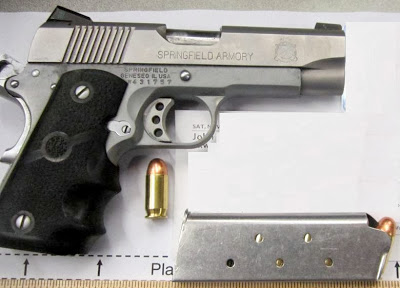 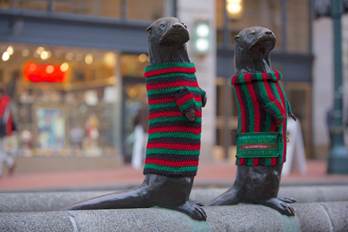