Where to watch time fly 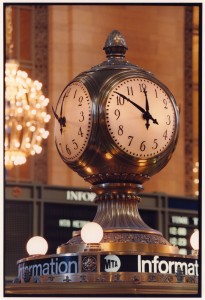 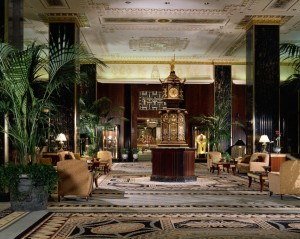 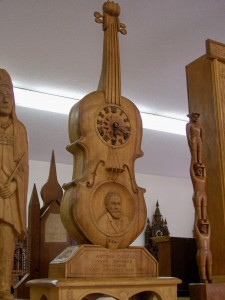 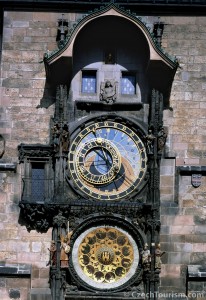 Need to know what time it is?

If you’re at Philadelphia International Airport’s Terminal A-West between now and August, you can consult this 20 foot long clock made of 300 recycled intermeshing beer bottles.The clock is made by Rick Stanley and his son, Vince, who create one-of-a-kind timepieces at Stanley Clockworks near Bloomsburg, Pennsylvania.

“There are three separate dials for hours, minutes, and seconds..The largest gear is five foot in diameter and is largest and only clock to incorporate bottles in its movement…The clock sports only Yuengling Lager bottles. The brewery is the oldest in America and has a strong local following making the bottles simple to obtain. The beer bottles came from three sources: the local recycling center, the local bar, and whatever the clockmaker could contribute.”

Here’s a video of the clock in action:


In addition to this beer-bottle clock, Stanley Clockworks has also built a 24-foot long “Walking Clock” made with a dozen shoes that keep time by marching back and forth over 2,700 miles each year.

Last week, to mark the end of Daylight Saving Time, I put together a list of great places to watch the clock for a story on msnbc.com: How time flies! Where to see the world’s clocks. The article featured places such the American Clock and Watch Museum in Bristol, Connecticut, which has a ‘clock forest’ (above) filled with dozens of tall cases and wall clocks that strike on the hour.

There wasn’t enough room in the story for all the cool clocks I found, so here are a few more:

St. Peter’s Church (below) in Zurich is the city’s oldest church and has a clock face that’s 28.5 feet; the largest clock face in Europe. Zurich is also home to Beyer’s Clock and Watch Museum, a collection of more than 500 chronological instruments dating from 1400 B.C. to the present day, everything from sundials, hourglasses and water clocks to a quartz clock accurate to within a thousandth of a second a day and a quartz watch accurate to within a millionth of a second. Here’s a link to a video tour of the Beyer Clock and Watch Museum.

And then there’s Anker Clock, in Vienna, Austria, which was built between 1911 and 1917 and ‘performs’ a twelve-minute animation each day at noon.