Surfer dudes and dudettes take note: United Airlines has dropped the fees it charges to check your surfboard – if you’re flying direct to or from California. Noting that surfing was recently named California’s official state sport, United Airlines is no longer charging surfers traveling to or from California (only) a $150 or $200 special fee to check surfboards, wakeboards or paddleboards.

Instead, only the regular checked bag fees will apply.

United’s new policy only applies to direct flights into or out of the Golden State.

As California’s global airline, we knew what we had to do when surfing was named the state sport: waive the service fees for surfboards, on all flights, to or from California. #Stoked 🏄‍♀️🏄🤙

Flying with your surfboard on another airline? Here’s what it will cost:

Alaska Airlines: surfboards/paddleboards (and may other pieces of sports equipment) flies as regular checked baggage. Hawaiian Airlines: $35 to neighbor island; $100 to other North American destinations.

Have you traveled with a surfboard? Please share your tips for getting sports equipment on and off planes safely.

Airlines earn loads from the extras You’re not imagining it. All those little ‘extras’ the airlines charge really do add up.

The proof, of course is in the price of your airline ticket once you add the charge for choosing a seat and bringing along a checked bag. But also in a host of other ancillary items that Jay Sorensen of the IdeaWorks Company totes up for us annually after scouring the financial findings of airlines.

He’s tallied the 2015 revenue breakouts from 67 airlines reporting an overall $40.5 billion in ancillary income for the 2016 edition of the CarTrawler Ancillary Revenue Yearbook.

He looked at disclosed revenue from activities such as frequent flier miles sold to partners, fees for checked bags, commissions from car rentals and at la carte items sold through Amadeus, Sabre, and Travelport for each of the 67 airlines.

Here are the some of the highlights:

*The “winner” in ancillary revenue share is Spirit, at 43.4 percent.

*Allegiant Air sold 452,272 hotel room nights and 1,204,982 car rental days to
passengers which contributed to ancillary revenue from 3rd parties of $40.2 million for
the year.

*Qatar Airways took in $528 million from the sale of duty free goods.

*United disclosed mileage sales of $2.999 billion for 2015 with the majority of miles sold
to Chase Bank for the MileagePlus co-branded credit card.

There’s lots more in the report, which I plan to review over lunch, but in the meantime, here’s a link in case you want to dive in now. 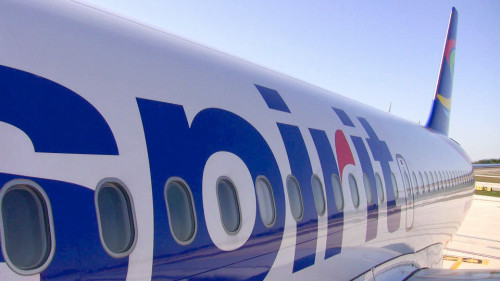 Passengers complain mightily about the extra fees airlines now charge for everything from checking bags to choosing seats, yet are paying up – and up.

In 2014, airlines earned $38.1 billion from fees charged for retail activities, a la carte services, frequent flier miles sold to partners and other so-called ancillary fees, according to a report from IdeaWorksCompany and CarTrawler.

In its newly released 2015 Yearbook of Ancillary Revenue, IdeaWorksCompany scoured the financial filings of 130 airlines for 2014 and found 63 that disclosed revenue for extras such as a frequent flier miles sold to credit card companies, bag fees and onboard meals.

*Spirit Airlines, which trumpets “Bare Fares” and charges for everything from water to printing boarding passes at the airport, earned almost 39 percent of its total revenue from ancillary fees in 2014 – more than any other airline in the study. The carrier took in $76.2 million from assigned seating fees alone and earned an average $56 in ancillary revenue from each passenger;

*Alaska Airlines, which this year introduced a seating option called Preferred Plus (offering extra legroom, priority boarding and a free drink), is expected to begin earning at least $15 million a year from the program;

*And JetBlue, which this year added bag fees and a booking bundle that combines fares with a checked bag and reduces or waives change fees, could net more than $200 million from its new program.

The list of extra charges faced by airline passengers can seem endless, and new fees for everything from flying on child-free flights to being first to exit the plane on arrival have been bandied about.

But Sorensen doesn’t see much new coming in terms of new fees.

“Airlines all over the world are already selling whatever they can. They’ll just get better at pricing these products – and better at selling them,” he said. 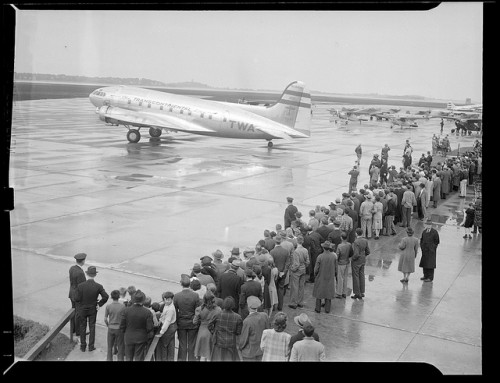 Getting compensation from an airline for a delayed, canceled or overbooked flight can range from difficult to impossible.

Several online companies, including AirHelp, EUclaim and refund.me charge a fee ranging from 15 to 27 percent (plus, in some cases, handling charges), for helping European travelers file claims under regulations that apply to flights to or from a European Union member state.

Now, one of those companies is offering its services to U.S. fliers online, and through a free app.
“Passengers are often left in limbo about what compensation they are entitled to,” AirHelp CEO and co-founder Henrik Zillmer told CNBC. And, especially when it comes to overbooked flights in the United States, they are eligible for a lot more compensation than they are receiving, he added.

Yet, because travelers don’t fully understand the rules— and because airlines don’t go out of their way to inform fliers of their rights—only a very small percentage of the compensation owed to passengers ends up being claimed or paid.

In overbooked situations, the rules require airlines to first ask people to give up their seats voluntarily in exchange for compensation and allow airlines to decide what to offer volunteers in terms of cash, travel vouchers, meals and lodging.

And currently, far more people volunteer to give up their seats than getting bumped.

According to DOT statistics for 2013, 56,968 passengers (0.92 percent of all fliers) were bumped from domestic flights while 466,677 passengers volunteered to take another flight in exchange for compensation.

Most of those volunteers accept travel vouchers valued far below the amounts DOT requires airlines to pay involuntarily bumped passengers, said Zillmer, “and only about 15 percent of those vouchers are redeemed. So it’s a super deal for airlines.”

But, he said, if passengers understood the rules better, they might not be as quick to give up their seats for airline vouchers.

Most airlines, including American and Delta, post information about the overbooking regulations and individual “oversales” policies online in their Conditions of Carriage.

A United representative noted that only one passenger for every 10,000 was involuntarily denied boarding in 2013. The airline carried 76 million customers last year. “When necessary, we solicit volunteers with alternate transportation and compensation. In the rare instances that there aren’t enough volunteers, we give compensation that meets all regulatory requirements to any customer who is involuntarily denied boarding,” United spokesman Rahsaan Johnson said.

According to AirHelp, compensation for a delayed, canceled or overbooked flight could be up to about $825 per passenger—plus meals, phone calls and hotel stays—for passengers traveling to or from Europe on an EU carrier, or on a carrier from non-EU members Iceland, Norway or Switzerland. (Exemptions are made if an airline can prove the delay was caused by circumstances outside the airline’s control, such as bad weather.)

AirHelp’s new service for U.S. travelers helps them figure out if they are eligible for compensation and, for those who don’t want to pursue a claim on their own, offers to process the claim “including going to court if necessary” for a 25 percent contingency fee payable only if a claim is successful.

“In terms of empowering consumers, the online platform lowers the barrier for passengers, in terms of costs and procedures, to submit a claim” said Raymond Kollau of Airlinetrends.com.

“Call it the democratization of airline service failure compensation, if you will,” he said.

Helping passengers get the monetary compensation they are owed from airlines “will be a good thing,” said George Hobica of AirfareWatchdog. But he considers the 25 percent fee for successfully filing a claim to be a bit hefty.

“Consumers should be able to get compensation by themselves if they work at it,” said Hobica.

“It is a shame that we need lawyers to collect basic, regulated compensation,” in the first place, said Charlie Leocha of Travelers United. But “airlines prey on passengers’ ignorance,” he said.