It’s Souvenir Sunday – a day to take a look at some of the fun, inexpensive and locally-themed items you can find when you’re stuck at the airport.

This week’s treats come from the Hong Kong International Airport.

Colorful bags of candy are everywhere – As are gift boxes of cakes and cookies of all kinds – All things Mickey – and Minnie – Mouse – seem quite popular – But I wanted to buy pretty much everything at the airport branch of the Designgallery shop, stocked with creative and innovative Hong Kong-made products. During a recent tour of Hong Kong International Airport, I came across too many good things to eat.

There were complimentary drinks at the bar set up outside the Duty Free store and plenty of candy, cookies and light snacks. Hungry? The duty free shops in airports often have a few bottles open for tasting. But at Hong Kong International Airport, there’s a bar with a bartender, seating, and complimentary drinks made with any of six featured liquors of the day.

You can belly up to bar and try any – or all – of the cocktails of the day or just grab a drink on the go from the hostess on duty.

One other fun feature spotted during my tour: an exhibition of toys, including this giant top (thank-you to my volunteer model) and a vintage Astro Boy! At the end of August, I was thrilled to get to ride along on a delivery flight of a new Cathay Pacific 777 airplane from the Boeing plant in Everett, WA to Hong Kong. 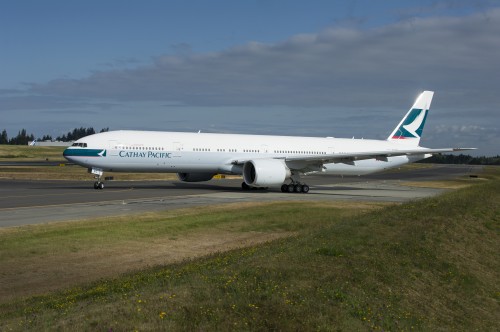 Unfortunately, my camera busted on the way.

I took a few photos of the take-off festivities and the in-flight activities with my hand-me-down iPhone, but realized that if I was going to properly document my trip, I’d have to buy a good (and probably expensive) replacement camera once I hit the ground. And that was probably going to be my one souvenir.

But it turns out I didn’t need to do that.

In researching the Hong Kong International Airport for a StuckatTheAirport.com feature, I stumbled upon a new Smartphone rental service called HANDY that rents tablet phones that include local and long distance phone calls and 3G internet service for the equivalent of $11 a day.

Better yet, the first day was free if I reserved ahead of time instead of just presenting myself at the airport rental booth.

I’d signed up, thinking it would be ‘handy’ to be able to be able to call home anytime and tweet messages about my tour of the airport.

The phone was as advertised and included a bevy of pre-loaded apps for games, Hong Kong tourist activities and more. But it also had a feature I hadn’t even thought of: it had a great camera.

So I could take a photo of the entrance to the theater that shows IMAX movies at the airport: 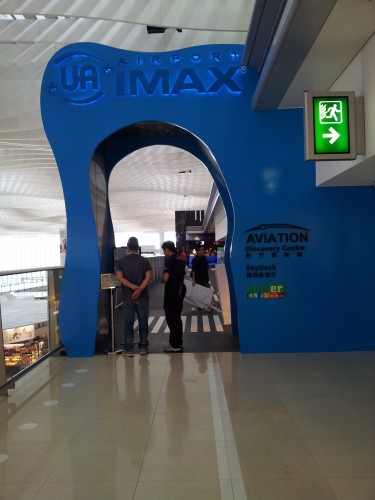 And I could take a photo of the airport shops that sold candy. 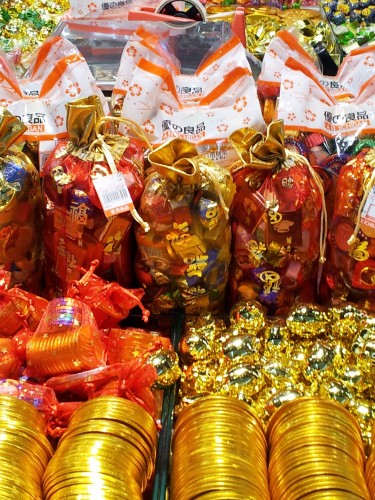 And I could take photos of the snacks at Muji to Go. Even though I had no idea what anything was. 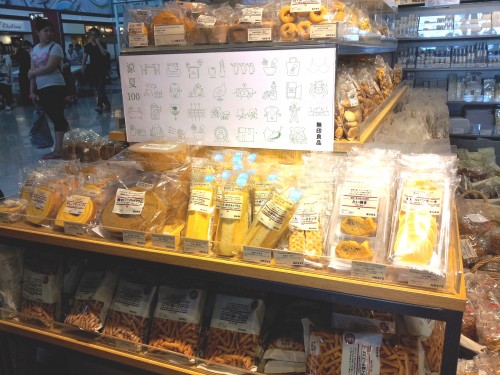