Get a flu shot at these airports 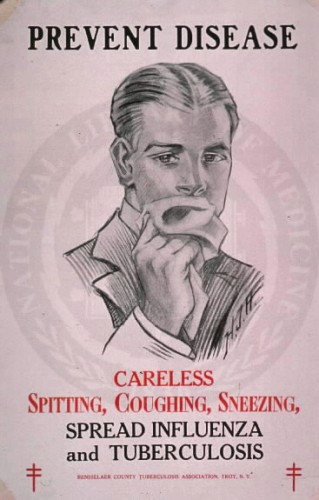 Flu season is here and if you spend time on planes or in airports, it’s a good idea to get a flu shot.

No time for that?

Not if you’ve got a few extra moments to stop by one of these airport clinics:

Cleveland Hopkins International Airport (CLE) is partnering with the Cleveland Department of Public Health and offering complimentary flu shots post-security at Gate C2 on November 2 and November 17 from 8 a.m. to noon, local time.

To make it even easier to get your flu shot on the fly, the O’Hare clinic operates temporary flu shot kiosks in concourse corridors in Terminals 1 and 3.

Flu shots are available at the CareHere! Walk-in Clinic and Wellness Store (615-275-1820; Monday through Friday, 8 a.m. to 5 p.m.), post-security near the Concourse C exit at Nashville International Airport.

The LAS clinic is located in Terminal 1 (pre-security, near the A/B gates, next to the Wells Fargo bank) and, among other services, can help with hangover relief.

In a pinch, you can also get a flu shot at a clinic located nearby an airport terminal, including the 24-hour Reliant Immediate Care (310-215-6020), a short walk from Los Angeles International Airport and at New York’s JFK International Airport, where complimentary shuttle service is offered to JFK Advanced Medical P.C., (718-656-9500) which is also open 24 hours a day.

So no excuses! Go get a flu shot. Here are some of the airports where busy fliers can take care of that task, on the fly:

At Nashville International Airport the Carehere! Walk-in Clinic and Wellness Store near the Concourse C Exit (post-security) offers flu shots for $25, Monday through Friday from 8 a.m. to 5 p.m.

At Los Angeles International Airport, Reliant Immediate Care is on airport property, a short walk from the terminals. This 24-hour clinic is offering flu shots for $25 (310-215-6020).

The germiest spots on airplanes & in airports If you’ll be among the 24 million people expected to be in an airport and on a plane this Thanksgiving holiday period, Charles Gerba, the University of Arizona microbiology professor known as “Dr. Germ,” has some important travel advice for you: Pack light and carry hand sanitizer.

Gerba, whose travel souvenirs often include test swabs from airplane lavatories, has identified the three germiest spots on airplanes — toilets, tray tables and the latches on overhead bins.

He’s found the norovirus, the influenza virus, diarrhea and MRSA on airplane tray tables, which he says are rarely disinfected. The latches on overhead bins also get “lots of touching, but no cleaning.”

Gerba says an average of 50 people (up to 75 on budget airlines) use the lavatory each flight and warns that even if everyone bothered to wash their hands before exiting, this is the ickiest spot on a plane. “The tap water shuts off when you try to wash your hands and the sink is too small for people with large hands,” he said. Gerba has found that the lavatory exit door on airplanes usually has E. coli on it after a long flight.

He advises travelers to use hand sanitizer to clean their hands after leaving the lavatory or, better yet, “hold it if you can.”

But don’t assume you’ll find complete relief once you make it to the terminal.

“If airplanes are number one, (lavatories at) airports are number two,” said Gerba. He used to rank gas station restrooms high on this list, but has noticed that many service stations no longer even have restrooms available for customers.

Airport restrooms by busy gates can get messy quickly during high-traffic times, but many airports put a high priority on trying to keep those areas clean.

Charlotte Douglas International Airport has attendants in most restrooms that have received high marks (and a few YouTube video posts) for their attentiveness and good humor. Hartsfield-Jackson Atlanta International Airport has restroom attendants stationed inside all women’s restrooms in the public areas and an attendant who floats between two assigned men’s restrooms. The assignment: “Clean, restock supplies and make sure everything is serviceable,” said ATL spokesperson DeAllous Smith.

At Phoenix Sky Harbor International Airport, QR codes are posted in the restrooms encouraging customers to notify airport officials if something needs attention. And on its website, the airport outlines the custodial staff’s restroom routine:

“Depending on the traffic in the various restrooms, they are given one to two thorough cleanings during the first and second shift. This includes wiping off the fixtures, mopping the floors and cleaning the mirrors, Walters said. Then, every 30 to 45 minutes, staff re-enters the restrooms to check the floors, dispensers, and trash. During the night, a deep cleaning is performed which includes scrubbing the fixtures, walls, and floorsâ?¦.”

The PHX custodial staff doesn’t just clean restrooms, it keeps a list of fun facts about restrooms supplies, reporting that more than 32,000 miles of toilet tissue and close to 15,000 miles of paper towels are used in the restrooms annually, along with more than 6,000 gallons of hand soap.

Gerba has praise for the handy gadget that automatically changes the toilet seat covers in bathrooms at Chicago O’Hare, but adds that “the fear of butt-borne diseases is overrated.”

Even the cleanest airport bathroom can be no defense against catching the flu while traveling this time of year.

“Anytime there are a lot of people in a small area, such as on a bus, in a train station, in the airport or on an airplane, there’s a lot of coughing, sneezing and touching things and an increased chance for spreading germs around,” says John Zautcke, medical director of the University of Illinois-Chicago Medical Clinic at O’Hare Airport.

Zautcke recommends that travelers wash their hands often, try to steer clear of the most crowded areas of airports, and get a flu shot before hitting the road.

Busy travelers who don’t have time to get a flu shot at home can take care of that task before or between flights at some airports.

Through the end of the year, flu shots ($30; pertussis/whooping cough and pneumonia shots also available) are being offered at the O’Hare Medical Clinic center and at several kiosks in the terminals.

“People are saying it’s a mild flu season,” said O’Hare’s John Zautcke, “But the flu season hasn’t really hit, so get the vaccine while the supply is plentiful.”

Charles Gerba (Dr. Germ) agrees. “If you’re at an airport and you have the opportunity, get in line.”

(My story about germs on airplanes and in airports first appeared on USA TODAY in At the Airport column.)

Flu shots at the airport? Yup.

Flu season is just around the corner and many airports around the country are, once again, doing their part to keep travelers healthy.

First to begin spreading the word: the San Diego International Airport.
They’re offering influenza, Tdap (to address the pertussis/whooping cough epidemic), Hepatitis A and B and other CDC-recommended vaccinations, for a fee, to ticketed passengers now through November 28 at two post-security locations in Terminal 1 East and West rotundas, Sunday through Friday, 7:00 a.m. to 3:00 p.m.

I’m gathering details about other airports offering flu shots and other vaccinations this season, so if you see a kiosk set up at your airport, let me know.