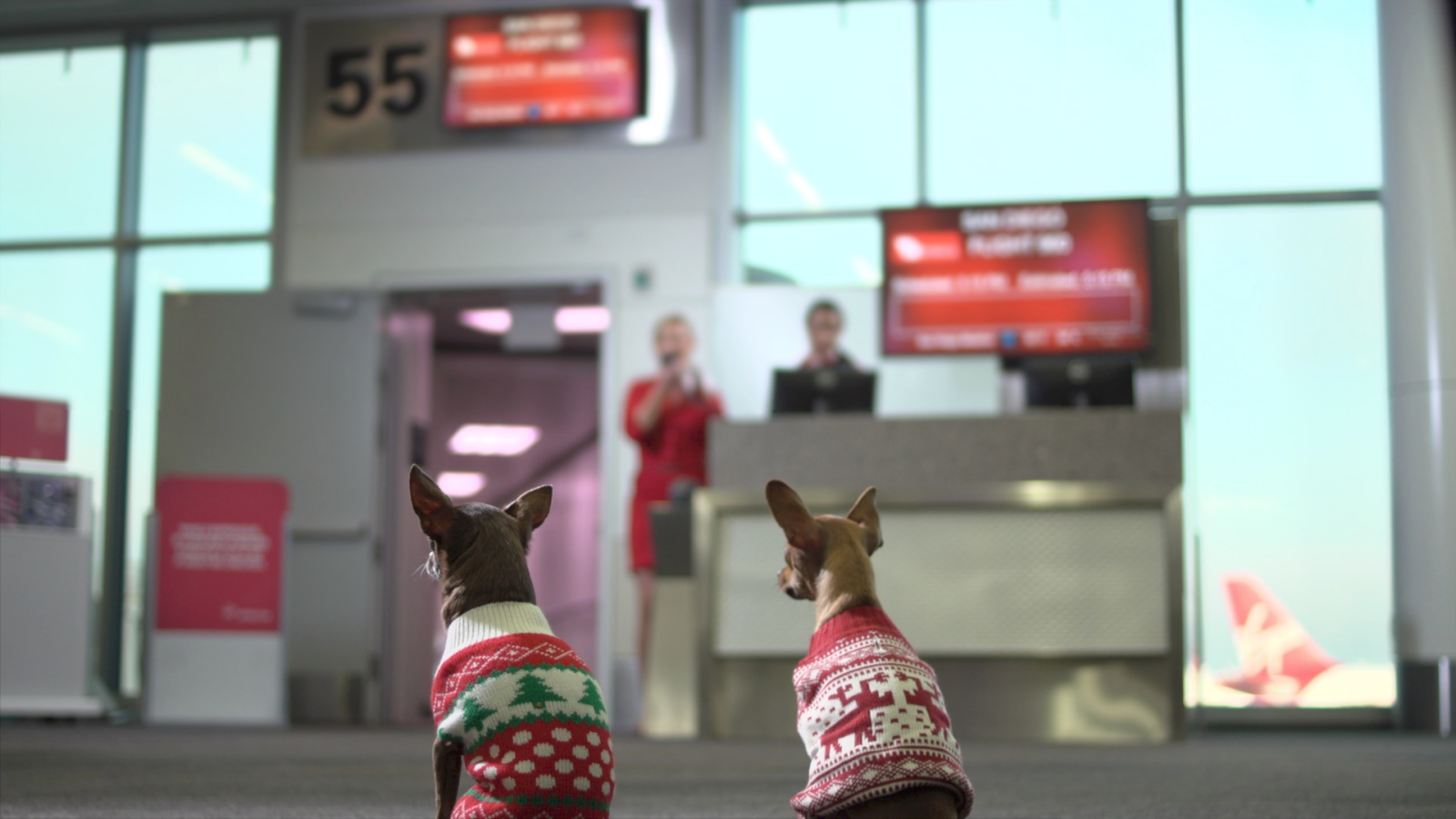 Don’t put away that credit card just yet. Virgin America (and other airlines) are still rolling out Cyber Monday airfare deals.

Virgin America’s Cyber Monday deal is good for you – and for dogs:

The carrier’s #TinyDogsTinyFares will offer up to 30 percent off fares nationwide. Use code: TINYFARES.

In addition to giving you the discount, Virgin America is also donating $10 per ticket booked on virginamerica.com during the sale to San Francisco Animal Care and Control (SF ACC), the ASPCA and Animal Haven.

On Cyber Monday, Virgin America is also making another “Operation Chihuahua” airlift and flying 24 Chihuahuas from San Francisco to New York so they can be adopted. Seems that there’s an overpopulation of Chihuahuas in California shelters and lots of people seeking to adopt small dogs on the east coast.

Check your suitcase for Chihuahuas

On the TSA Blog each Friday you’ll find a report on the firearms, weapons and other prohibited – and often really strange – things found at airport checkpoints and in checked bags.

This week, for example, the TSA found 55 firearms at airport checkpoints. 51 of those firearms were loaded and 13 had rounds chambered.

The fact that so many people just ‘forget’ they’ve got a gun, especially a loaded gun, in their carry-on is always alarming. But Friday’s report that TSA officers at New York’s LaGuardia Airport found a chihuahua inside a checked bag is mostly amusing.

#TSA reunited this Chihuahua with its owner after officers found the pup inside this checked suitcase at #LGA. pic.twitter.com/iM28mTn65c

According to the TSA, officers found the dog inside the suitcase while they were resolving a checked baggage alarm. TSA had the airline track down the suitcase owner, who said she had no idea the dog was in there and that the dog – a 7 year old chihuahua – must have climbed into the suitcase as it was being packed.

The woman with the Chihuahua contacted her husband, who picked up the dog at LaGuardia and took it home. #TSA

Barking up the wrong tree: air travel just too bizarre

As this New York Times article describes, the new era of security at airports is all about contradictions, confusion and delays.

Also this week, bad weather in the U.S. Midwest and Southeast, and in Europe, is forcing airlines to cancel flights and strand passengers at airports.

If that’s not bad enough, today a few “unruly” passengers forced a few airplanes to turn around.  The most serious incident took place on a Portland to Hawaii-bound flight when, according to the TSA spokesperson, “a suspicious passenger” made threatening remarks and refused to store his carry-on bag.  Two military fighter jets were called out to escort that plane back to the airport.

So while I really wanted to ignore the story about today’s “Chihuahua lift” I just can’t. We need a break.

Here, then, is a photo that shows a few of the fifteen Chihuahua pups Virgin America flew for free from California – where there seem to be just too many Chihuahuas – to New York City, where there are, evidently not enough.  The New York American Society for the Prevention of Cruelty to Animals has promised to find the wee pups good homes.