ANA (All Nippon Airways) has an app for you.

Released just in time for the holidays, when people find flying even more stressful than usual, the ‘ANA Takeoff Mode’ app offers fliers a simple, distracting puzzle (users must maneuver a ball on screen to collect points), along with relaxing music.

Designed to be used during take-off, when anxious fliers are often the most fearful – and when passengers are now allowed to keep their electronic devices turned on (officially) – the app somehow also measures the amplitude and frequency response of the ambient noise inside the aircraft cabin and, when the aircraft’s engines are at full throttle during takeoff, a special animation and message is triggered.

Would you find this useful? 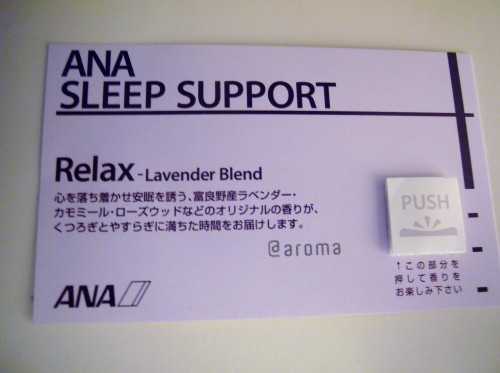