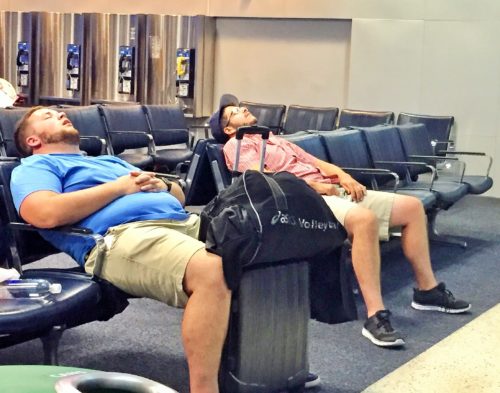 Travelers use all manner of measurements to choose an airline to fly on or an airport to fly through and beyond price, punctuality is high on some lists.

“It not only topped its mainline competition, but finished ahead of smaller airlines such as Alaska Airlines and Sun Country Airlines,” OAG notes. “In a U.S. air travel ecosystem that relies on major hubs, it’s easy for a single delay or cancellation to knock an entire day of flights off schedule. Despite managing one of the largest fleets in the world, Delta has remained a cut above its competitors. Southwest (78.9 OTP), American (78.8 OTP) and United (78.5 OTP) all performed admirably, earning 3 stars respectively.”

Thanks for viisting StuckatTheAirport.com. Subscribe to get daily travel tidbits.