App-powered ridesharing services such as Uber and Lyft keep butting heads with regulators in cities around the country, claiming that rules for traditional taxis are outdated and not applicable to new transportation models.

Here’s my story on the latest chapter in the battle that appeared on CNBC Road Warrior. 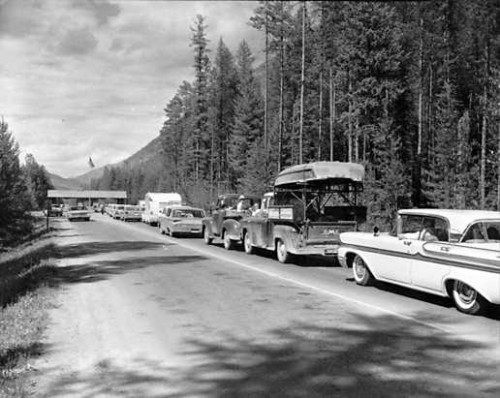 After a few weeks of negotiations with state and city authorities and the threat of a restraining order, Lyft worked out a deal to start service in New York City beginning Friday at 7 p.m.

Manhattan, Queens, the Bronx and Staten Island will, for now, get a limited version of the service that was originally planned, but the deal means Lyft is putting operations in Buffalo and Rochester on hold by Aug. 1 while it works out a variety of insurance and regulatory issues.

In Memphis, Tennessee, Uber and Lyft continue service despite recent cease-and-desist orders from the city.

Uber spokesman Lane Kasselman said via email that while the company was not aware of any actions taken by the city of Memphis, “any attempt to restrict consumer choice and limit economic opportunity does nothing but hurt the thousands of residents and visitors who already rely on Uber for safe, affordable and reliable transportation.”

But Lyft spokeswoman Erin Simpson said the company took the cease-and-desist letter “as an opportunity to start a conversation with local leaders about Lyft’s peer-to-peer model and how we can work together to craft new rules that prioritize safety.”

Consumer alerts and cease-and-desist orders against Uber, Lyft and other transportation network companies are in effect in more than a dozen other cities and states. But while the so-called transportation disruptors have gained regulatory approval in Seattle, Minneapolis and a handful of other jurisdictions around the country, pushback at the national level continues.

Through its “Who’s Driving You?” campaign, the Taxicab, Limousine & Paratransit Association is tracking insurance alerts regarding rideshare companies and soliciting and sharing passenger complaints and negative news stories about the services.

“We would like to see ridesharing companies following a single set of rules designed to protect the public in the taxicab space,” said Dave Sutton, spokesperson for TLPA’s ‘Who’s Driving You?’ campaign.

TLPA also recently drew attention to the fact that the Airport Ground Transportation Association, a trade organization for airport ground transportation operators, airports and others, issued a warning to North American airports.

That plan already seems to be underway.

In 2013, when California became the first state to regulate ridesharing services, the Public Utilities Commission included a provision prohibiting TNCs from operating “on the property of or into any airport unless such operations are authorized by the airport involved.”

But in June 2014, law enforcement officials at five major California airports (LAX, OAK, SAN, SFO and SJC) told the commission that many ridesharing services were flouting those rules by continuing to operate at the airports without permits.

“We’ve invested a lot of work since last fall, trying to find a way to create a lawful way for TNCs to operate at airports,” said Doug Yakel, spokesman for San Francisco International Airport. But he said while SFO is in discussions with several TNC companies regarding permits, “thus far we have not completed this process for any company.”

Airports in Chicago, Raleigh-Durham, North Carolina, and many other cities have also grappled with the TNC issue.

While “it is unacceptable for TNCs to simply ignore regulations and requirements with which they disagree, as has been the case at some airports … the demand for transportation network companies cannot be overlooked and must be addressed,” said Deborah McElroy, ACI-NA executive vice president.

ACI-NA has put together a task force to help airport officials establish regulations and work out reasonable solutions, although given the circumstances at individual airports, the appropriate solutions may differ greatly, said McElroy.

And while “there’s no handbook yet” for dealing with TNCs in cities and airports, “we’re just seeing the beginning of a new method of transportation that’s vastly superior to what came before,” said Joshua Schank, president and CEO of the Eno Center for Transportation. “They will eventually find a way to regulate them and make them safe.”