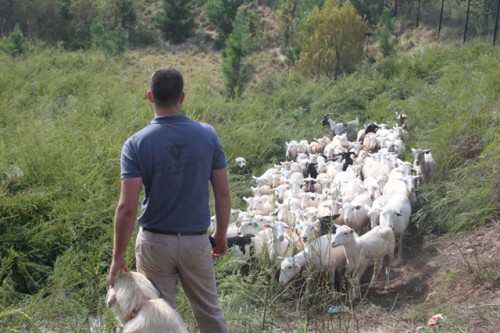 Sheep, goats and bees at airports