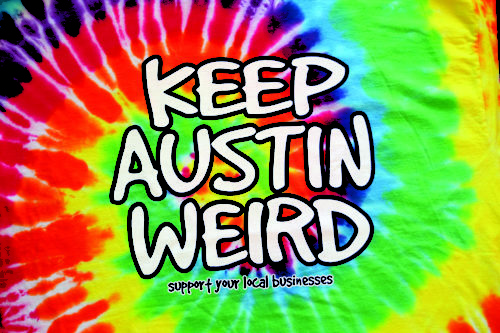 The famed South by Southwest (SxSW) music festival is underway in Austin and for those flying into town the fun starts right at the airport.

In addition to the 21 regularly scheduled live shows already on tap at Austin Bergstrom International Airport this week, there are a several sanctioned SxSW showcases featuring Austin performers.

The official added shows are designed to welcome SxSW attendees to town and send them off in style – and all take place post-security.

So don’t rush to baggage claim when you land. SXSW bound? The fun starts at the Austin airport

Going to the South by Southwest (SXSW) music festival?

If you’re flying to Austin, make sure to listen up when you get to Austin-Bergstrom International Airport.  As in past years, the SXSW music festival begins as soon as you walk off the plane with the first sanctioned SXSW performances of the music conference. During SXSW, the airport’s unique live music offerings expand from 15 regular shows a week to a total of 27 performances from March 12-19.

The 13thAnnual SXSW Airport Showcase kicks off on the stage at Ray Benson’s Roadhouse on  Monday, March 12 with the band MilkDrive (alternative folk strings) from 1-3 p.m. Warren Hood follows with acoustic Americana from 3:30-5:30 p.m.

You can see the full line-up here.

Monday, March 19 is the SXSW send-off, with Austin blues rocker Carolyn Wonderland performing at the airport from 1-3 p.m. followed by Nano Whitman (folk pop) from 3:30-5:30 p.m.