Now there’s no need to fuss and muss with poster board and magic markers in order to make a sign to welcome home a friend or family member at the airport. Instead, you can just slide your credit card into the banner-making machine and it will do it for you, in a variety of sizes, with a choice of backgrounds and themes and, of course, your neatly printed message.

Schiphol is the first airport to have the machine on-site, but no doubt similar machines will pop up at other airports momentarily.

No underwear at Schiphol’s Victoria’s Secret 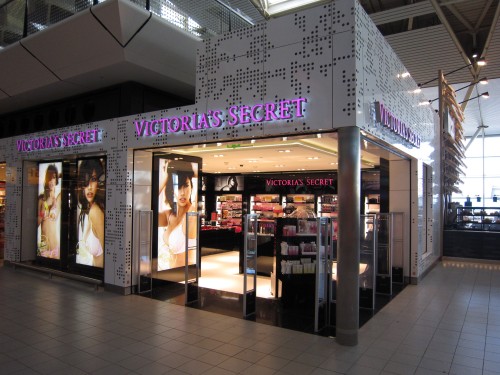 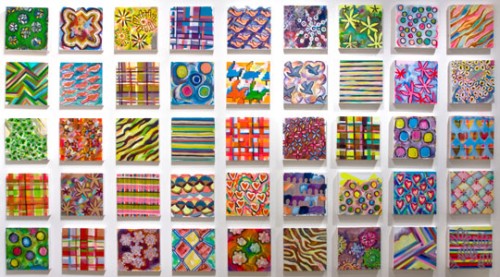 On Monday, ash from the Icelandic volcano caused the cancellation of a lot of flights and left a lot of people stuck at the airport.

I was one of those people. I’d booked a one-day return trip from Amsterdam to Liverpool just to tour the John Lennon Airport, where the slogan is “Above us only sky.”

The airport has this 25 ton, 51-foot long yellow submarine sitting out front and I bet a lot of volcano-delayed travelers would have liked to have fired this up as an alternative form of transportation. There’s lot more to Lennon stuff – and a fun-looking fossil ‘mystery tour’ – at this airport, so I’m determined to make my way back there soon.

But since I was stuck at Schiphol, I used to the time to work on the slide-show-style story about Amsterdam I had due. You can see the full story – Cheap and Offbeat Amsterdam on msnbc.com, but here are a few photos that didnt’ make it into the story.

These suitcases, carry-ons from another era – are on display at the Museum of Bags and Purses – And it’s hard to miss these giant eyeglass frames at the National Museum of Spectacles.