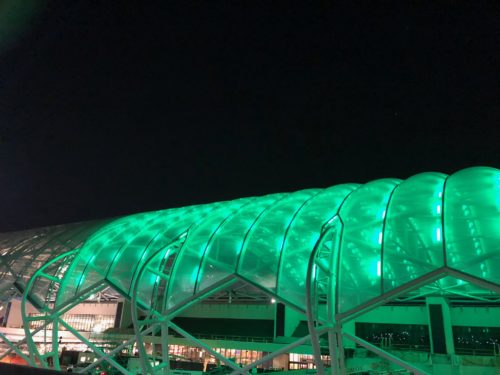 One thought on “Atlanta International Airport shows off lighted canopy”