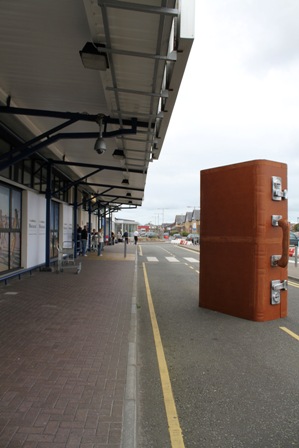 Formal and informal actions taken by the new U.S. President are already having a huge impact on many parts of the travel industry.

Here’s a shortened version of a piece I wrote for NBC News this week:

The travel industry was already fretting about Donald Trump even before he won the U.S. presidential election. Remember this tweet from Royal Jordanian Airlines?

United, Delta, Emirates, Etihad and other domestic and international airlines are scrambling to make rebooking options and refunds available in light of Friday’s executive order.

Trump’s “extreme vetting” measure is being challenged in courts and strongly denounced from many corners of the travel industry — and could have ripple effects for America’s tourism dollars.

“The ambiguity of these very latest developments introduced by President Trump is casting a shadow over the future travel demand to and from the U.S., especially as many trade representatives are concerned that such changes could bring similar types of retaliation from other countries,” said Nadejda Popova, Euromonitor Travel Project Manager.

“The new executive order could also impact how the U.S. is perceived as a tourism destination and how open to foreign travelers it will be in the future,” she added.

Expedia CEO Dara Khosrowshahi, who came to the U.S. from Iran in 1978, sent an email to employees saying Trump’s executive order portrays the United States as “inward-looking versus forward thinking, reactionary versus visionary.”

On Monday, Expedia joined Amazon in filing a declaration as part of Washington State’s lawsuit against Trump and the Department of Homeland Security that seeks a temporary restraining order against the enforcement of the ban.

“We are generally not aggressive against issues that do not relate to our company,” Khosrowshahi told the New York Times, “But this is travel, our soul and spirit, and we felt we had to respond. Honestly, it was not a debate whether we should we be involved.”

Elsewhere, TripAdvisor CEO Steve Kaufer shared a LinkedIn post saying the company was against this executive order “not just because we are a global business with a diverse workforce, but because we are human beings and citizens who respect and love the fabric of our nation.”

And on Tuesday, the United Nations World Travel Organization issued a statement expressing “deep concern and strong condemnation” of the U.S. travel ban.

“Global challenges demand global solutions and the security challenges that we face today should not prompt us to build new walls,” said UNWTO Secretary-General Taleb Rifai in the statement. “On the contrary, isolationism and blind discriminatory actions will not lead to increased security but rather to growing tensions and threats.”

Rifai added that, “Besides the direct impact, the image of a country which imposes travel bans in such a hostile way will surely be affected among visitors from all over the world and risk dumping travel demand to the U.S.A.”