Home shopping but dreaming of travel? Here are some of the Black Friday/Cyber Monday deals that might get you going. 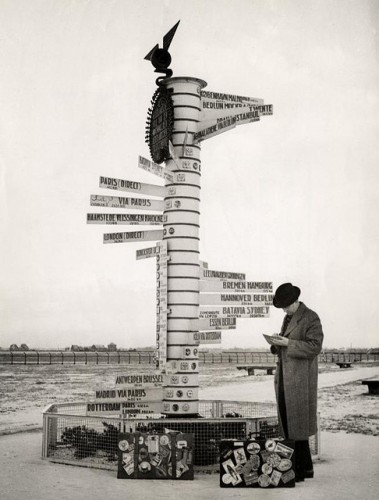 Cathay Pacific kicks off its Black Friday fare sale on Friday at midnight EST, promising deals from all its US gateways (SFO, LAX, ORD, EWR, JFK, BOS) to Asia – plus a sweepstakes.

Alaska Airlines‘ most popular fare sale is Cyber Monday, and they’ll probably offer a preview a day before.

From now through December 2, 2014 Airberlin is offering $499 roundtrip flights (including taxes) starting from Chicago, New York and Miami to many cities in Europe for travel January 12 to March 22, 2015.

LAN and TAM have something planned for Cyber Monday and it’s likely other airlines will jump in with offers as well, so check around.

HotelTonight, which recently expanded its offering from day-of bookings to 7-day-in-advance deals, is offering $7 hotel rooms on Black Friday starting at 7 a.m. local time, till the available inventory sells out, which should be pretty quickly.

On Black Friday Expedia.com is offering 90% off a limited quantity of select hotels in New York, Hawaii, Las Vegas, Cancun and San Francisco. The offer will be avaiable from 9 a.m. to 9 p.m. PST. Expedia will also be offering a $50 coupon off Expedia rate hotels throughout Friday, as well as some Cyber Monday deals.

Many individual hotels, as well as chains large and small, will be offering Black Friday and Cyber Monday deals as well, so if you’ve got a destination in mind, be sure to poke around for lodging deals in that city or region.

Provenance Hotels, with a portfolio of 7 highly individual properties in Portland, Seattle and Nashville, for example, is giving each hotel’s Facebook and newsletter fans 25 percent off the best available rates through March 31, 2015 as part of a Black Friday/Cyber Monday promotion. (Sign up before Friday to make sure you get the mailing.