Packing tips from the U.S. Fish and Wildlife 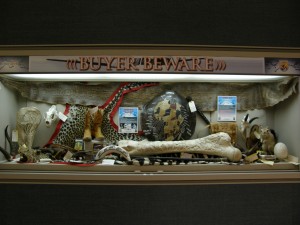