Get sauced at Austin-Bergstrom Int’l Airport

If you’re heading to or through Austin-Bergstrom International Airport on Friday (January 7, 2011) make your way to the stage across from Gate 10 by 3 pm.

Texas music icon Ray Benson (of Asleep at the Wheel) will be there playing a few tunes with Redd Volkaert, one of Merle Haggard’s guitarists.

Benson will also be introducing Ray Benson’s Asleep at the Bar-B-Q Sauce (two versions: Roadhouse and Spicy) and handing out samples of the sauces on beef brisket sandwiches. As a nice added touch: throughout the month of January, whenever a bottle of the sauce is sold at the airport, $1 will be donated to the Health Alliance for Austin Musicians (HAAM).

Want to buy a few bottles to take home?  Once you’re past the security checkpoint at Austin Bergstrom airport, you’ll find the sauce for sale at Ray Benson’s Roadhouse. Outside the airport, the sauce is for sale throughout Texas at H-E-B grocery stores and online at www.asleepatthewheel.com. 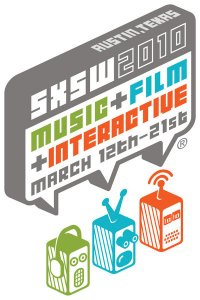 Heading to the SXSW music festival? There’s no need to wait until you’re right in town to start enjoying the music. The Austin Bergstrom International Airport, which has live music year-round, is hosting the first sanctioned performances of the music conference.

The kick-off performance takes place today, Tuesday March 16th, 2010 at 1 pm with the Marshall Ford Swing Band and special guest Ray Benson (the front man for Asleep at the Wheel ). 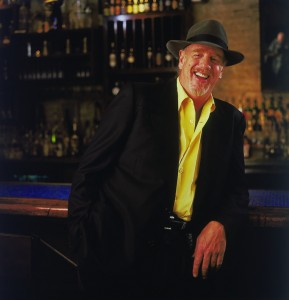 The airport will also host the final showcase of the music conference on Monday March 22nd with indie alt rockers Sounds Under Radio from 1-3 p.m and Grammy U band Automatic Cycle from 3:30 – 5:30 p.m. 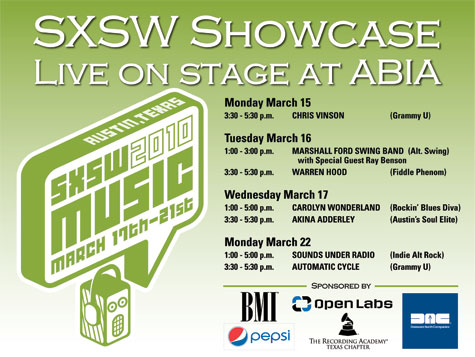 But wait, there’s more!  During SXSW, the airport will expand it’s regular live music line-up from 11 shows to a total 22 performances. In addition to the stage at Ray Benson’s Roadhouse, you can see those extra shows at Lefty’s, Earl Campbell’s Sports Bar, and Austin City Limits/Waterloo Records & Video.

Check the website for more information about the music at Austin Bergstrom International Airport.