There’s a party going on at Pittsburgh International Airport this week, as part of a renewed commitment to celebrate the region’s local institutions, food, music and culture in the airport.

So far this week there’s been live music, visits by sports mascots, a display of (replica) Egyptian relics from the Carnegie Museum of Natural History and a class in hieroglyphics. The Carnegie Science Center distributed liquid nitrogen ice cream, the Pennsylvania Trolley Museum brought by some history displays and the Phipps Conservatory let passengers pot their own air plants.

The party continues today – Sept 15 – with a live African penguin from the National Aviary, button-making hosted by The Andy Warhol Museum, a steel drum band and free popcorn. 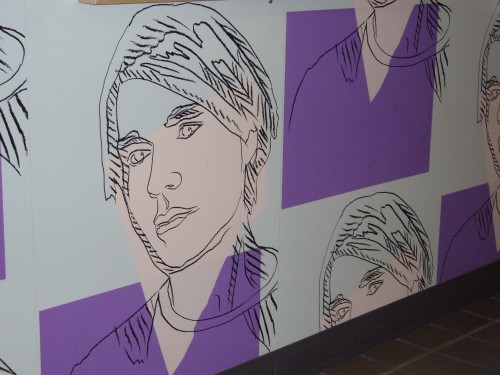 Friday, Sept. 16, the entertainment includes live reptiles from the Pittsburgh Zoo and a musical theater performance. This week the AIRMALL at Cleveland Hopkins International Airport (CLE) is celebrating the city with a series of activities and exhibits.

Here’s a rundown of events:

On Tuesday, July 21:  The Cleveland Culinary Launch & Kitchen is highlighting entrepreneurs and products such as BBQ sauces, roasted almonds, cookies and more – all made in Cleveland.

On Wednesday, July 22:  As part of “A Christmas Story House” display, travelers will have photo opportunities with character cutouts, the Leg Lamp and other movie memorabilia from 2:00 p.m. to 4:00 p.m.

On Thursday, July 23:  The native Cleveland contemporary jazz band Forecast will perform from 2:00 p.m. to 4:00 p.m. in the Main Terminal Food Court.

And on Friday, July 24, Mitchell’s Ice Cream will treat passengers to a complimentary cone or cup from 2:00 p.m. to 4:00 p.m. in the Main Terminal Food Court. 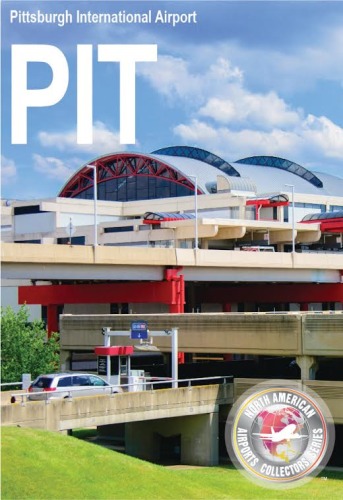 The AIRMALL at Pittsburgh International Airport (PIT) is also celebrating its city this week.

On Tuesday, July 21, Peace Love and Little Donuts will give travelers a taste of its “far out” donuts from 10 a.m. to 11:30 a.m. near the video wall in the airside terminal.

Wednesday, July 22, Ronald McDonald will be offering passengers free Big Macs from noon to 2 p.m. at the McDonald’s in the Center Core. The celebration honors the local inventor of the Big Mac, Jim Delligatti.

On Thursday, July 23, the Carnegie Museum of Natural History’s dinosaur exhibit includes hands-on activities and replicas from 10 a.m. to 12 p.m. near the video wall and from 1:30 p.m. to 3:30 p.m., the National Aviary will be on site with an African penguin to greet travelers.

And on Friday, July 24, from 10 a.m. to 12 p.m., there will be furs, pelts, skins, feathers and other touchable items from animals all over the world at the airport’s Pittsburgh Zoo’s exhibit near the video wall. Small reptiles from the zoo will be there as well. Bow-hunting is a popular sport in Western Pennsylvania, so the pilot program underway at Pittsburgh International Airport is a great opportunity for sportsmen and women.

But it’s a bad deal for deer caught in the airport’s designated bow-hunting zone.

The Allegheny County Airport Authority is holding a lottery to issue free, archery-only season permits for use on land owned by PIT Airport.

Last year, 11 reported deer were taken by 157 permit holders on more than 2,300 acres. This year, because of commercial development on airport property, only about 832 acres far away from the active airfield will be open to hunters and less than 100 licenses will be issued for the season, which runs from Oct. 4, 2014, to Jan. 10, 2015.

Interested? The application deadline is Sept. 21, with a public lottery to be held Sept. 24.

Pittsburgh International isn’t the only airport where bow hunting for deer is allowed on property.

Each year St. Cloud Regional Airport in Minnesota issues seven permits for bow hunters to try to bag whitetail deer on about 200 acres owned by the airport.

Last year, 79 hunters each paid $10 to put their name in the lottery, with the winners paying an additional $5 for their permits. This year, the lottery odds were much better, with fewer than 30 hunters entering the pool.

Lack of publicity may have had something to do with low turnout this year, said airport general manager William Towle, who holds a mandatory meeting each year for the seven permit winners.

“We meet to go over the rules,” said Towle, “But I also want the hunters to see each other because that helps make sure everyone gets along out there.”

Hunting for deer, with the goal of controlling wildlife, also is permitted at Cecil Airport, a corporate, military and general aviation airport operated by the Jacksonville Aviation Authority in Florida.

There, a license is granted to an archery hunting club restricted to no more than 20 members. The club pays the airport more than $13,000 a year for bow-hunting access from Sept. 1 through April 30 on more than 1,861 acres.

(My story about bow hunting at airports first appeared on USA TODAY in a slightly different format.)