At the end of each year the New York Times Sunday Magazine pays tribute to some of the notable people who left us during the year. This year’s issue includes tributes to Neil Armstrong and Sally Ride, among others.

Neil Armstrong is remembered with a drawing of Armstrong’s Apollo 11 suit, by Tom Sachs, which he based on his study of the Apollo Lunar Surface Journal. 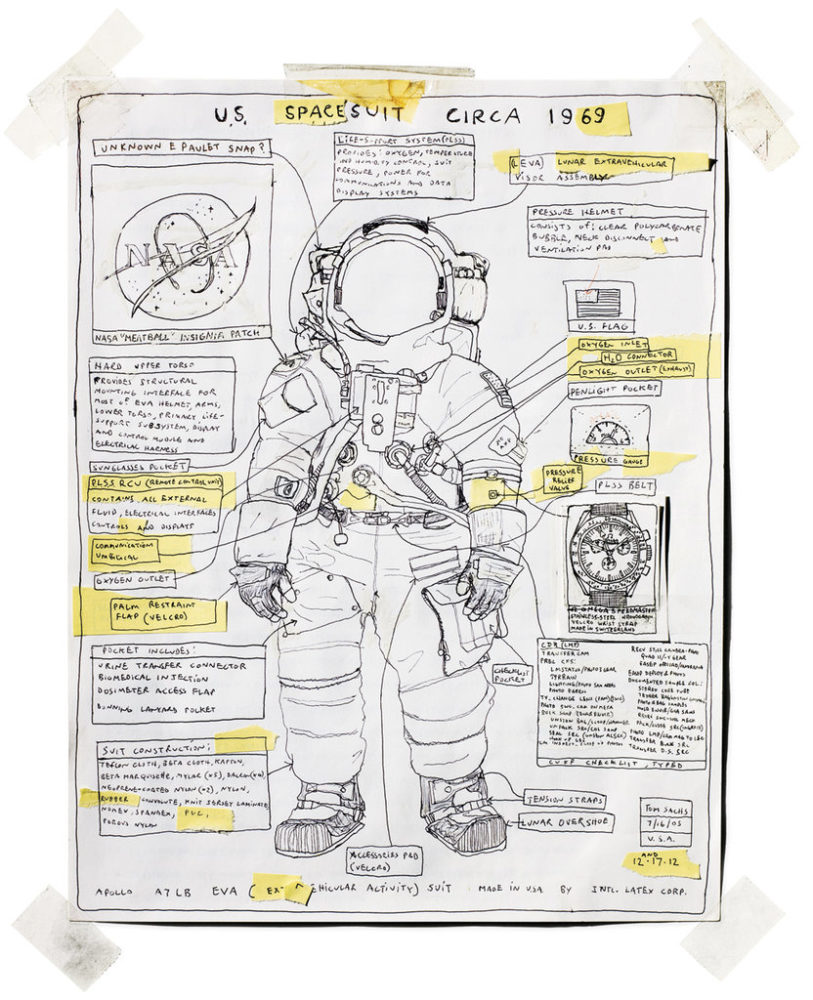 Sally Ride is remembered with a soft sculpture by Debbi Millman. Here’s a link to the full The Lives they Lived issue.