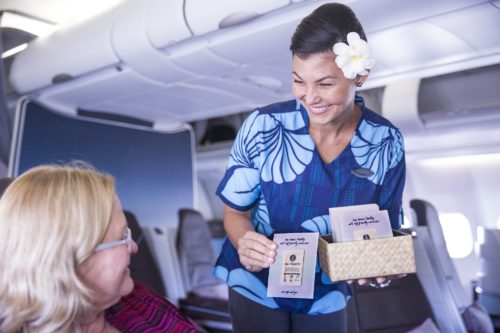 Hawaiian Airlines has partnered with reef-safe sun care company Raw Elements USA, to offer complimentary packets of sunscreen to passengers on all flights from North America to Hawaii throughout the month of April.

Discounted full-size bottles of the eco-friendly sunscreen will also be sold on flights to Hawaii through June. 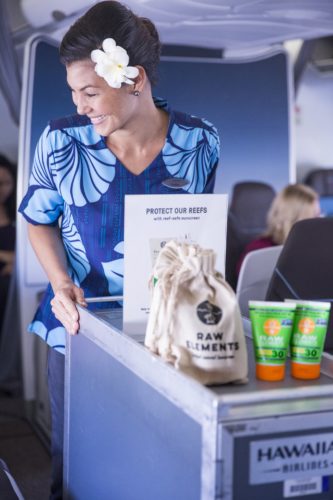 Complimentary sunscreen is a nice gesture, but it’s also an educational one.

Preserving Hawaii’s natural resources is important and the ingredients in many traditional sunscreen products can harm Hawaii’s coral reefs.  To explain how, the airline has also debuted a new educational in-flight video, Reefs at Risk.

“Hawaii is a very special place, and we believe it is our kuleana, or responsibility, to care for our home,” Avi Mannis, senior vice president of marketing at Hawaiian Airlines said in a statement,

The prize: two roundtrip tickets (140,000 HawaiianMiles) to Hawaii courtesy of Hawaiian Airlines, a five-night stay at The Surfjack Hotel and Swim Club (an Aqua-Aston Hospitality Hotel), the choice of three complimentary island activities, and a year’s supply of Raw Elements reef-safe sunscreen.

Entries in the Protect the Reef sweepstakes are being accepted through 4/30/18. Good luck and see you on the beach!