On Tuesday, Virgin America added an 18th city, Portland, to its service network adding two daily flights from Los Angeles and two from San Francisco. As is its tradition, the airline had a fun launch event. And, as a former Portland resident, I went along for the ride as a guest.

For the launch event, the airline teamed up with IFC and its hit show “Portlandia” and invited “Portlandia” Mayor, actor Kyle MacLachlan, along as well as the real-life Portland Mayor Sam Adams, who plays MacLachlan’s assistant on the show. 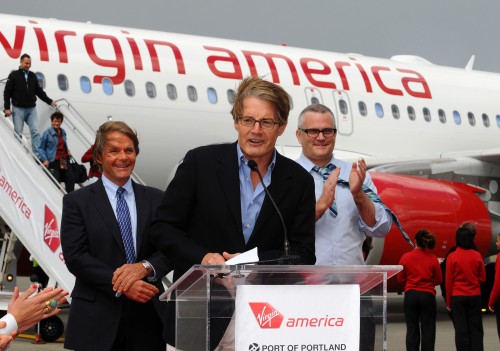 When it touched down at Portland International Airport the plane -named the mt. hoodie – was met by a delegation that included local dignitaries and a hangar full of people who had been invited to a Portland/Portlandia-themed party that included DJs, art projects and doughnuts, made by Portland’s infamous donut-makers, Voodoo Doughnuts. 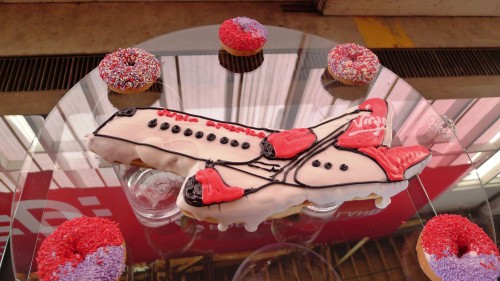 The mt. hoodie is one of the airline’s newest airplanes. At San Francisco International Airport, it was parked next to Jefferson Airplane, the airline’s first aircraft. 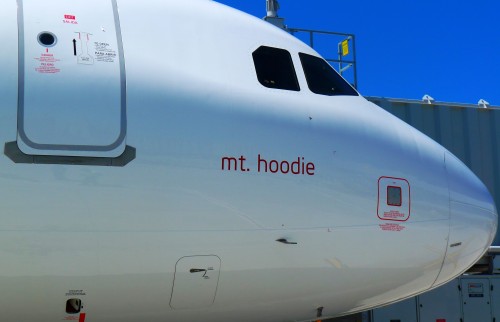 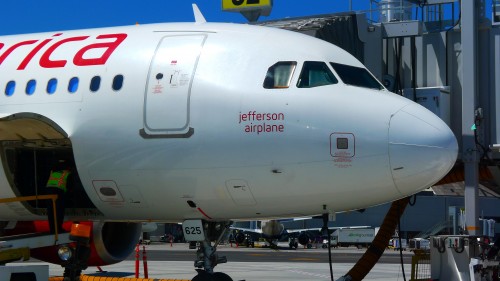 (All photos, except where noted, by Harriet Baskas)