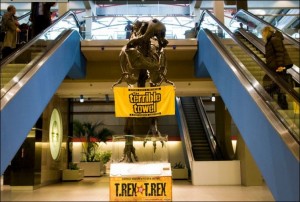 Super Bowl mania is reaching into airports: four airlines have added extra flights from Pittsburgh to Dallas for the Super Bowl and on Friday morning (February 4th), Pittsburgh International Airport will be hosting a black-and-gold-themed pep rally for Arlington-bound Steelers fans.

The rally will take place in the airside terminal between 8:30 and noon and feature live music, special guests, “Hudsy” the Dog from Hudson Booksellers, Steelers merchandise and lots of excited fans. 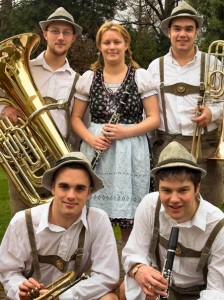 To celebrate two new airberlin routes, The Bavarian Strollers will be playing oompah-filled songs at Gatwick Airport and Victoria Station on Monday, February 7th. The song list will be made up of requests voted on via Twitter and four random voters will win airberlin tickets from Gatwick Airport to Nuremburg or Hanover.  Details on the airberlin oompah contest here.

And there’s a new video arcade at Orlando International Airport: the “King of Kong” arcade is in the main terminal near the food court.  At the grand opening Twin Galaxies, the authority on video game high scores and world records, unveiled a set of video-game-related trading cards. The first two cards in the series feature Billy Mitchell and Walter Day. Mitchell has numerous world records for Donkey Kong and Pac-Man; Day is known as the founding father of organized video game playing and competitions.

One thought on “Tidbits for travelers: Pep rally at PIT, Oompah at Gatwick, Kong at Orlando Airport”