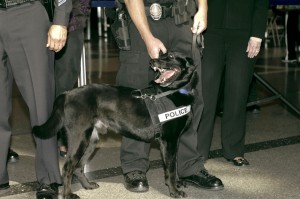 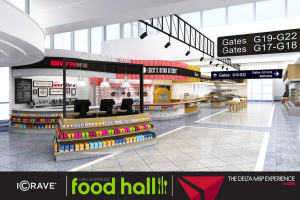 I knew they were there somewhere. But they weren’t by my gate in the Delta Air Lines terminal at JFK.

And there weren’t any signs.

So it was a good thing I set off in search of an outlet to charge my laptop before a long flight.

Because there, just a few minutes walk from where I’d been sitting, was the iPad “village” everyone had been talking about a few months back.

Tables for one. Tables for two. Communal work tables. All equipped with multiple outlets and with iPads that let travelers order snacks and meals from the restaurants nearby.

So, please, Terminal 3 operators, put up some signs.