You can still buy campaign memorabilia at DCA & Dulles Airports. Whether your candidate won or lost last night, you can still stock up on souvenir memorabilia from this year’s Presidential campaign in a variety of shops at both Dulles International and Reagan Washington National Airport in Washington, D.C. 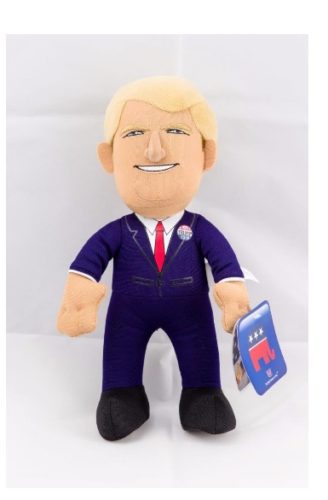 Superman was created in Cleveland! This exhibit in CLE baggage claim tells the story.

Cleveland is hosting the Republican National Convention this week and Cleveland Hopkins International Airport (CLE) – and Superman – welcomed many of the 50,000 or so attendees with art, entertainment and helpful information.

Will you be flying in or out of CLE during the RNC? Here's what you need to know: https://t.co/299i27Wnev

#DidYouKnow? This is on the floor at @GoingPlacesCLE for visitors, delegates flying in today. #AskCLE pic.twitter.com/tRvXiSde2U

And now that everyone has arrived, the airport is getting ready for everyone to depart. This advice is posted on the CLE website: