Amsterdam’s Schiphol Airport has a new Traveling Art exhibition space devoted to the work of Dutch artists and designers.  The work displayed will change every three months, but right now the exhibit cases include “Flexible Volume” bags designed Gonnie Janssen.

For example, the Harmonica Bag has a flexible bottom that can be adjusted to its contents. And the senz° umbrella, which seems to be both stylish and, as a series of videos show, incredibly wind resistant.

I can’t wait to see what pops up next! Tidbits for travelers: news from JAX, PHL, and ATL A new exhibit at Austin-Bergstrom International Airport (AUS)  is all about the history of the video game industry and includes some original video-game-related art and artifacts related to the Austin-based development of such video game classics as Wing Commander, The Black Gate and Thief: Deadly Shadows. 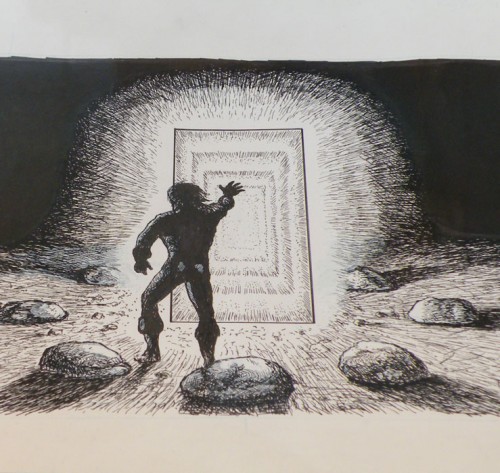 In addition to sketches, storby boards and illustrations, the exhibit includes the paper punched tape used by Austinite Richard Garriott to record the video game code for one of his first games, Akalabeth..  There’s also a prototype cartridge of M.U.L.E.’s lost sequel, Son of M.U.L.E. and design documents from Warren Spector’s innovative classic Deus Ex. Behind the Screens is from the collection of the University of Texas, Dolph Briscoe Center for American History and is on display through January 26, 2010. Look for the exhibit in the pylon showcases located on the concourse between Gates 7-12.

Kudos to the Cleveland-Hopkins International Airport  (CLE) and the non-profit group OneCommunity for working together to bring permanent free Wi-Fi to the airport.

Cleveland Airport joins many other smart airports that offer travelers free Wi-Fi year round.  And, lest you forget, from now through January 15, 2010, Google is covering the Wi-Fi fees at a 47 airports, from Seattle to Miami.  Here’s a full list of the participating airports . Let’s hope those airports continue offering the service for free after that.

You can now make a reservation at the first Minute Suites, at Hartsfield-Jackson Atlanta International Airport (ATL). These “suites”, located inside the terminal on the B Concourse have daybeds, pillows and blankets, sound masking systems, and a “napware” audio program.  Each suite also has a a TV, desk, phone, and a computer.   How much will you pay to snooze in a “suite”?  The minimum reservation accepted is 1 hour and costs $30. After that it’s $7.50 each 15 minutes.

If you try this out, please let us know what you think!