Inc.com has a new blog –  Quick Hits – filled with tips, discounts and freebies for business-related tools, services, and products.

Looks like travel tips are on the agenda as well:  this week’s blog entries include a review of the pricey Visa Black Card (it includes concierge service) and a link to my recent MSNBC.com column  Money Saving Tips for Tightwad Travelers.

Halloween is here and hopefully you have a bowl of candy at the ready for the Trick-or-Treaters. Before they start banging on the door, grab some of those mini Snickers bars and read some of the scary travel stories folks sent me for this week’s Well Mannered Traveler column on MSNBC.com.

Gregg Rottler, curator of Flights from Hell Web site, helped me choose the stories to publish, but there were loads we didn’t have room for.  And a couple I didn’t quite believe… 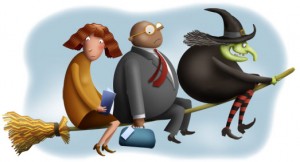 Fresh amenities for pooped out travelers

I had a great time hanging out in the exhibit hall at the ACI World/North America Conference in Boston last week. I filled a tote bag with glossy brochures, free pens, and assorted fun doodads, and came home with a list of products, amenities and services that would be helpful for travelers when they’re stuck at the airport.

I write about some of the stand-outs in my Well Mannered Traveler column posted on MSNBC.com today. (The folks at Step N’ Wash are getting these retracting step stools installed in many airports. )

As summer winds down, the bad news about air travel just keeps piling up.

Airlines are announcing system-wide route cuts while hiking fees for everything from checking bags to serving snacks and water. And while fuel prices are finally dipping, airfares are not — nor are the irritations associated with flying. But while many of us may be planning on sticking close to home this Labor Day weekend and beyond – plenty of folks will be cruising the Internet looking for reasonable – or acceptable – fares for the next set of holidays. So in my Well-Mannered Traveler column posted today on MSNBC.com, I offer up a wee bit of help and, hopefully, some fresh tips.

Feel free to add some of your own here.