Guns at airports. Way too many at Atlanta airport The TSA discovered more than 1500 guns at airport checkpoints last year, and 100 of those were found in the carry-on bags of passengers at Hartsfield-Jackson Atlanta International Airport.

In fact, according to a press notice the airport sent out on Wednesday, during 2012 more firearms were confiscated at ATL than at any other airport. This year ATL leads the pack as well, with 67 firearms found so far.

That’s not the list the airport wants to be leading, so on Thursday airport officials and representatives held a press conference/refresher course on the right and wrong ways to travel with firearms and the legal consequences for violating the federal and local laws.

“If you attempt to bring a gun through these checkpoints, you will be breaking federal law, and you will be arrested,” said Hartsfield-Jackson General Manager Louis Miller, who explained that violators will miss their flight, be taken to jail and be subject to prosecution and fines up to $7,500.

Want to see what kinds  of – and how many – guns are found at this airport and others each week? The TSA Blog presents a weekly review of the firearms (including a count of those found loaded and chambered) and other prohibited items discovered.

The list of what people simply ‘forget’ they have in the carry-on bags is often quite alarming.

Everyone needs a break or an actual vacation in the summer time.

Even Bob Burns, the TSA employee who puts together the weekly round-up on the TSA blog of all the firearms, stun guns, knives and miscellaneous other items on the prohibited items list that are discovered on passengers and in their carry-on at airport security checkpoints.

I don’t know for sure if Blogger Bob was at the beach last week, but I do know that last week there was no Week in Review on the TSA blog.

And I missed it. The blog is a bit terrifying because so many people either try to sneak loaded guns and other pretty dangerous items onto airplanes or they carry those things around with them everyday and just forget that they have those things with them. I’m not sure what’s worse.

The report is back now with two week’s worth of ‘findings,’ including 77 firearms, of which 69 were loaded and 21 had rounds chambered. 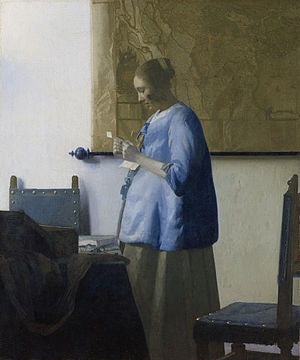 (Guns at the Airport: TSA Catching Firearms at Record Pace is my first story for AOL Travel. An excerpt from the story is below. More to come. ) Firearms top the list of items passengers are prohibited from taking past airport security checkpoints and onto airplanes. Yet, during 2012 that didn’t stop travelers from trying to get more than 1,500 handguns and other firearms past Transportation Security Administration officers at U.S. airports.

Most of the firearms discovered were handguns. One gun was found inside a hollowed out book at the Honolulu International Airport. A dissembled gun (and ammunition) was found hidden inside three stuffed animals at Providence T.F. Green Airport in Rhode Island. And while some people certainly try to sneak guns past checkpoints, most travelers caught with firearms at airports claim they simply forgot they had the weapon with them.

Hartsfield-Jackson Atlanta International Airport (where in 2008 officials tried – and failed – to have the entire airport declared a gun-free zone) holds the number one spot for 2012 on the list of “Top 5 Airports for Gun Discoveries” posted on the TSA’s blog. During 2012, 95 firearms were discovered at the ATL checkpoint.

In response to the Newtown school shootings, President Barack Obama has put new gun control laws on the table. But Adam Winkler, a constitutional law professor at the UCLA School of Law and the author of “Gunfight: The Battle Over the Right to Bear Arms in America,” says he hasn’t heard any new proposals for banning guns in the pre-security areas of airports.

“People are talking about more broad-based types of laws,” said Winkler, “But if there was a mass shooting in a non-secure area of an airport, you’d hear it being discussed.”

In the meantime, TSA continues its efforts to keep firearms (and other prohibited items) from passing through airport checkpoints.

In the first two weeks of January 2013, 49 firearms were discovered in carry-on bags at U.S. airport checkpoints, including one handgun at the Atlanta airport and two at Phoenix Sky Harbor.

During the first two weeks of 2012, “only” 38 firearms were spotted in carry-on bags at airport checkpoints.

(For the full version of this story see Guns at the Airport: TSA Catching Firearms at Record Pace on AOL Travel.)